Readiness for the arrival of the UK’s first F-35 Lightning II jets took another step forward with the awarding of a contract by the US Department of Defense F-35 Joint Program Office.

The contract worth more than £80m (US$102.2m) has been awarded to Lockheed Martin to deliver the initial training, engineering, maintenance and logistics support for the UK’s F-35 Lightning II fleet over a three year period.

Lockheed Martin has sub-contracted work worth £40m to BAE Systems and together the two companies will form a team of more than 100 skilled technicians at RAF Marham, which will provide engineering and technical expertise, deliver air-crew and ground-crew training, facilitate routine maintenance and help to manage the jets’ global supply chain.

BAE Systems will take the lead sustainment role for F-35 Lightning II in the UK with Lockheed Martin continuing as prime contractor for global operations.

The award was announced by Defence Secretary RT Hon Sir Michael Fallon MP during a press conference with US Secretary of State for Defense General Jim Mattis. The visit was General Mattis’ first to the UK in his role as US Defense Secretary.

“Nothing demonstrates the strength of our relationship better than our joint work on the most advanced combat aircraft in the world – the F-35 Lightning II and the UK is proud to be the future hub for all the European jets. The additional investment at RAF Marham will ensure that we have a formidable fighting force that, at a time of growing danger, in the most momentous of weeks, will help us work with our US partners to promote international peace and security.”
Sir Michael Fallon - UK Defence Secretary said.

Work is already underway to prepare RAF Marham for the arrival of 617 Squadron, which will fly the UK’s initial operational F-35 Lightning II jets from 2018 onwards.

The announcement follows a £142m package that was awarded to Lockheed Martin and BAE Systems in April 2016 to deliver an Operations Centre, Integrated Training Centre and Maintenance and Finish building. Significant progress has been made in the past year and work is on target to be completed in early 2018. 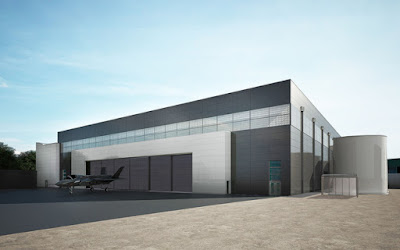 Peter Ruddock, Chief Executive of Lockheed Martin UK said: “The F-35 Lightning II will play a crucial role in defending the UK for decades to come. We at Lockheed Martin are honoured and excited to bring our knowledge and expertise to bear and to our ongoing role in supporting the world’s most advanced fighter when the F-35 Lightning II arrives at RAF Marham next year.”

Andrea Thompson, F-35 Lightning II Senior Vice-President at BAE Systems, said: “We are extremely proud of our continued relationship with the UK and the dedication of our people at RAF Marham.

“We are working hard to prepare for the arrival of F-35 Lightning II and this contract is the next step towards that reality.

“This contract builds upon our pedigree in delivering maintenance and support to the UK’s fast jet fleets at bases across the country, including at RAF Marham where we have been supporting the operation of the Tornado GR4 fleet for the last decade.”