A RAF Tornado in exciting passages in the famous English Valley.

The Mach Loop consists of a series of valleys in west-central Wales, UK, known by many aviation enthusiasts to take pics of many military aicraft while performing low passes. The air forces fly into those valleys for low-level training. During the recent years the photographers took pics of Royal Air Force Tornado, Typhoon, Hawk, C-130J and the new A-400 as well as U.S. Air Force F-15, based at Lakenheath AFB. When RAF exercises host foreign aircraft it is also possible to see them.

Recently the lucky man admired a RAF Tornado GR4 with a pink desert color scheme visible in the following video. 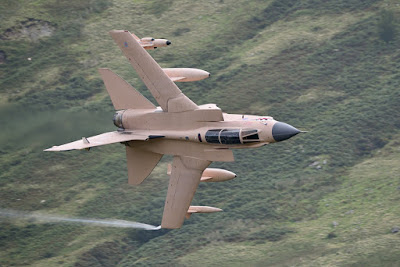 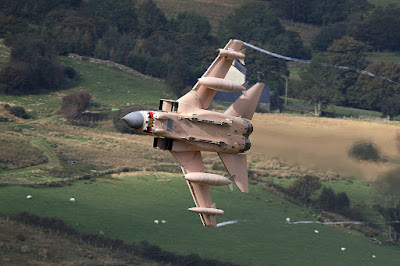