November 14, 2016
A Leonardo-Finmeccanica mult-imission C-27J Spartan aircraft began a tour today that will demonstrate its capabilities to a number of Latin American countries. The aircraft will travel the length of the continent from north to south, from Panama to La Paz, Buenos Aires and on to Argentina’s Antarctic Air Base of Marambio. 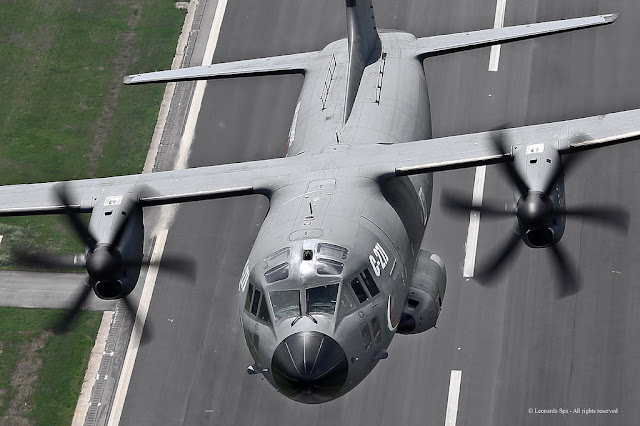 The tour will expose the C-27J to the region’s diverse and extreme weather conditions and terrain, to demonstrate not only its robustness and versatility, but also the reliability and proficiency required by such different territories, all characteristics to safely operate in a difficult scenario and already demonstrated in Mexicoand Peru. Unlike its competitors in the same class, the C-27J Spartan is designed to respond to military specifications and compared to ts competitors, enjoys the advantage of greater speed, the capacity to fly with heavy payload at high altitude and with a longer range, all factors that makes it a perfect solution for the wide range of military requirements in Latin America. All this is in addition to its unique safety record and ability to land on different types of land strips, in all weather conditions.
Umberto Rossi, Leonardo-Finmeccanica Aircraft Division Head of Marketing and Sales, said: “Latin America is a very significant environment for our C-27J, for both military and humanitarian support roles. We believe that the Spartan aircraft, in both cargo and special version configurations, is an excellent solution for several Armed Forces in the region, as a result of its versatility and operational capabilities, which complies well with the demanding “geography” and long distances of the Latin America region. The C-27J has lower operating costs and higher cargo productivity than similar aircraft.”
The C-27J Spartan is a new generation tactical airlifter with great market success, with 82 aircraft already under contract with 14 operators across five continents. In Latin America the C-27J is already operated by Mexican and Peruvian Air Forces. In the USA the C-27J is operated by the U.S. Coast Guard and the U.S. Special Operations Command of the Army. The latest C-27J customer is Slovakia. Other customers include Australia, Italy, Greece, Romania, Morocco, Bulgaria, Lithuania, Chad and an undisclosed African country.