Both pilots ejected. The front seat pilot landed with injuries, but the pilot in the rear seat collided with another aircraft in the formation and died on impact. The other aircraft involved made a successful emergency landing. The casualty was Yu Xu, the first female pilot of August 1st, and one of four female combat aircraft pilots in the People's Liberation Army Air Force (PLAAF).

The accident occurred in Hebei province, a day after China's air force day, according to South China Morning Post.

Yu, 30, was flying with a male pilot, who was able to eject from the plane. She applied to become a pilot in the air force in 2005. Four years later, Yu became one of China's first 16 female fighter jet pilots, according to Xinhua News Agency. 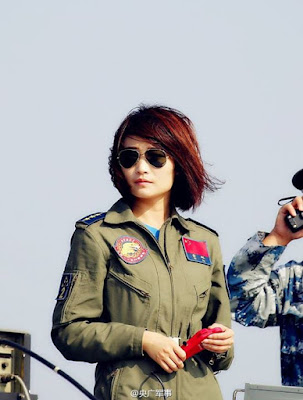 The August 1st aerobatics team had earlier this month participated in the largest China Airshow in Zhuhai, Guangdong province.