October 22, 2016
The Czech Air Force JAS-39 Gripen fighters underwent a certification, on Tuesday, October 5, qualifying them to officially conduct air surveillance and interception missions over Iceland on behalf of NATO. 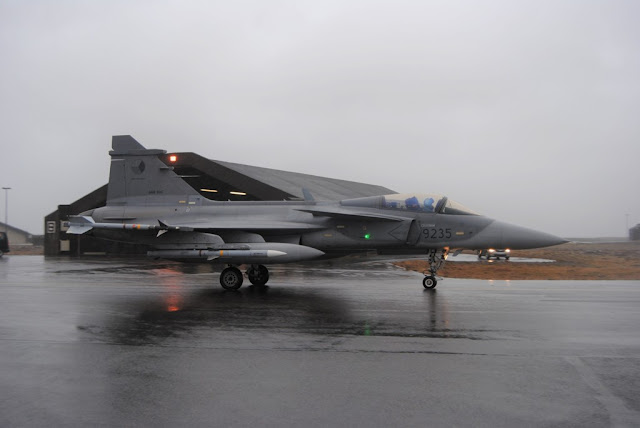 A team of evaluators and experts from NATO’s Combined Air Operations Centre (CAOC) in Uedem, Germany, assessed the Czech contingent and certified their qualifications under the Alliance’s peacetime Air Policing mission. This certification required the Czech Jas-39 Gripens to execute a scramble as a Quick Reaction Alert (QRA) to protect Icelandic airspace.
"I am proud of my team’s performance,” said Lieutenant Colonel Jaroslav Toman, Commander of the Czech detachment. "This certification means that we have refreshed and increased our skills and proficiency of implementing peacetime Air Policing procedures in this very special and challenging environment.”
Certification of the unit involved implementing standard operating procedures in real-world situations. Therefore one of the simulations included an aircraft violating Icelandic airspace. The evaluators were then able to monitor and assess all operational details, especially how pilots responded to this challenging situation.
Since early 2008, following the withdrawal of US forces in 2006, NATO has maintained airborne surveillance and interception capabilities to meet Iceland's peacetime preparedness needs. This peacetime mission conducted by CAOC Uedem, is a visible expression of NATO's commitment to Icelandic security.
The Czech Gripen will fly in Icelandic airspace until their redeployment at the end of the month.