A NEW RECORD FOR ITALIAN EUROFIGHTER 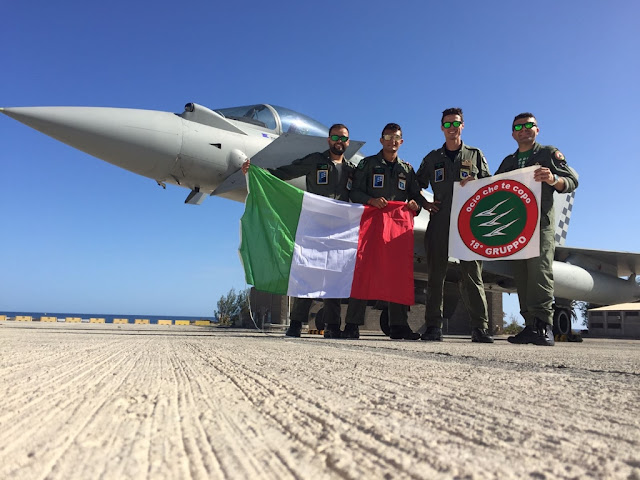 The four Eurofighter took off from Trapani AB on October 18, along the route have reunited with a KC-767A from the 14th Wing of Pratica di Mare that refueled them during the four hours and thirty minutes journey, long over 1800 nautical-miles. During his stay in the Canary Islands, the crews have carried out DACT (Dissimilar Air Combat Training) joint missions with the F-18 allocated at the Gando Air Base. 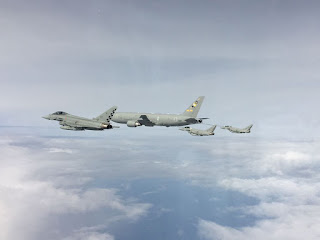 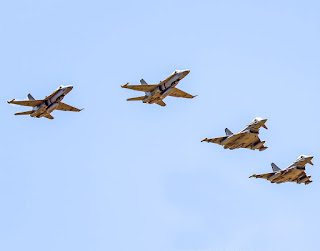 "Our target is to improve and look forward. The extraordinary achievement has proven that, following the line of the EAG. We were the first in Italy to push us so far from home base without technical support in tow. The secret is the professionalism and perfect teamwork between teams, technical staff and, of course, thanks to the support of the 14th Wing", said the formation leader with pride and satisfaction. 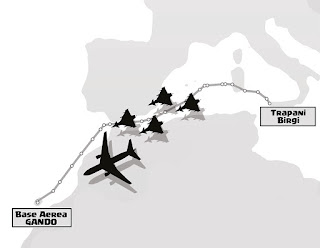 The European Air Group is an organization that connects the air forces of Belgium, France, Germany, Italy, Netherlands, Spain and England in order to improve the capabilities and interoperability of each country.
The activity carried out by the 18th Squadron was also a "site survey" necessary to test the logistic and operational aspects in case of participation at the DACT 2017 exercise, organized every year in Gando AB by Spanish Air force.