Spain selected the PC-21 at the end of November 2020 to replace the old Enaer T-35C Pillán and Casa C-101 aircraft in phases I and II of pilot training. The Swiss aircraft beat the T-6A Texan II and EMB-314 Super Tucano in the nation's longest selection.

The first six PC-21s, along with a flight simulator, are scheduled for delivery in March 2021. The withdrawal of the C-101 jet is expected in September 2021.
The 24 new Spanish turboprops will also boast Italian technology as Pilatus has selected Leonardo to provide the avionic communication systems, control panels and related electronic components to be installed on them.

Spain's plan for the future training process is very similar to that of France which chose the PC-21 to replace the venerable Alphajet. In recent decades, the market has favored turboprops on jets in tenders for mid-phase trainers. Pilatus has placed nearly 250 PC-21s split across 10 different operators. 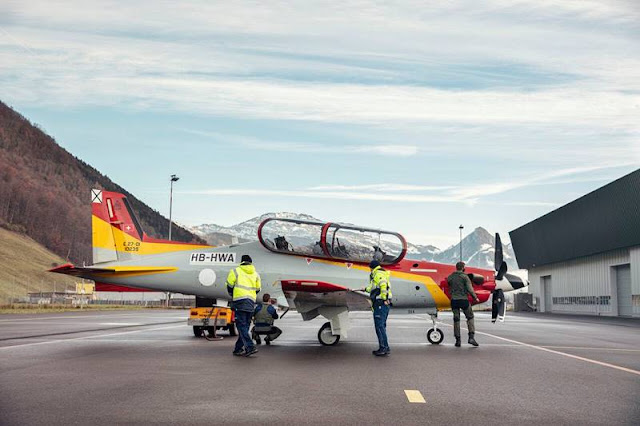