The rumors of a few months ago about the procurement of former Spanish Air Force Hercules by Uruguay were confirmed last December 20 when the first KC-130H tanker/transport aircraft completed a ferry flight from Zaragoza, Spain, to Carrasco-Montevideo, Uruguay. Followed by a second KC-130H on December 21.
The two aircraft were purchased by Uruguay to replace 2 of the 3 old C-130Bs assigned to Escuadrón Aéreo N° 3 Transporte (EA3T) recently retired from service. They were acquired second hand in the 1990s, but were manufactured in the 1960s. The deal amounts to approximately $ 22 million, including spare parts. 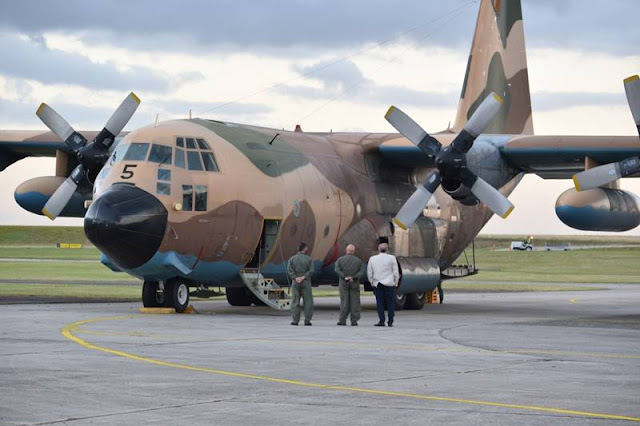 Thanks to this acquisition, the Uruguayan Air Force will be able to modernize its cargo fleet, but above all, obtain the air refueling capability for the first time.
This further confirms the South American country's plans to introduce a new fighter capable of exploiting this new ability. Currently at the top of the list is the Leonardo M-346FA Fighter Attack as per our exclusive news posted last November. The M-346 is currently the only aircraft in its class to boast air refueling capability. The Italian Air Force gave great proof of it in 2018 when two M-346s made a non-stop flight of about 4,000 km/6 hours.
Peru also recently acquired two former Spanish Air Force KC-130H Hercules for a value of € 25 million, including spare parts.
© Please, if you draw from this content, cite author and link.
Written by Matteo Sanzani
Photo Credit: Uruguayan Air Force
Highlights