The first prototype of the IAR-99 aircraft, registered S001, made its maiden flight from Craiova Airport, Romania, on December 21, 1985, flown for 21 minutes by Lieutenant Colonel Stefanel Vagner.

Since 2003, the aircraft has been based at Freshman Air Force Base, home of the Romanian Air Force flight school.

On the occasion of the aircraft's 25th birthday, Captain commander D ănnut Sava expressed great satisfaction with the work done by it. "In 2004 I had the opportunity to be one of the first Freshman Air Force Base pilots to fly a 100% Made In Romania aircraft. It was an honor for me to take this step and start building a bond with this aircraft. I can say that all my flying activity is based on trust in this aircraft. They may seem exaggerated words, but they are the ones that best describe the feeling I have during every flight, every time I get into the cockpit. It is a performing aircraft that has given me safety and satisfaction in the over 2,000 flight hours accumulated. Thanks to it I managed, together with the other instructors, to train new pilots in the Romanian military aviation. I am proud that most of them are currently my colleagues. Happy birthday IAR-99!," he said.

The IAR 99 "Şoim" is an advanced trainer/light attack jet developed by the Romanian company I.R.Av in the 1980s. The Romanian Air Force received 24 of them from the late 80's to the late 90's. In December 2020, Romania signed an agreement with the Israeli company Elbit Systems to upgrade 10 aircraft. 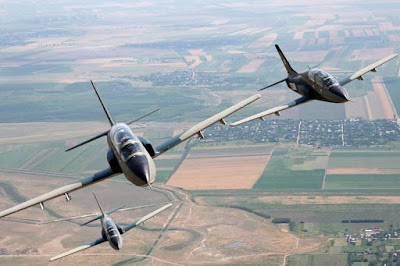 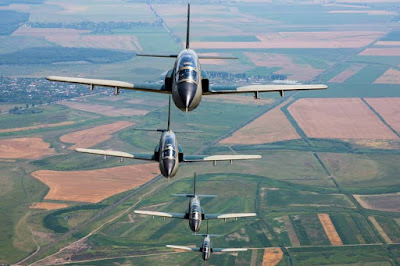