by Blog Before Flight Staff on October 09, 2020
On Wednesday October 07th 2020, the Minister of Defense François Bausch and the new Chief of Staff General Steve Thull welcomed the new Airbus A400M transport aircraft for the Luxembourg Armed Forces at the main airport Luxembourg-Findel (ICAO code: ELLX).
The Airbus A400M military aircraft of the Luxembourg Armed Forces (serial: CT-01) arrived in Luxembourg with a delay due to technical issues, but it will only stay in this country for a few days as it will fly to Melsbroek in Belgium.
In 2001, the Belgian and Luxembourg governments agreed to buy eight Airbus A400M aircraft together; one aircraft for Luxembourg and seven for Belgium. All eight aircraft will be based Melsbroek Air Base in Belgium, with the Belgian 15th Wing. The Luxembourg Armed Forces will also deliver crew members for the two-national A400M fleet.
The A400Ms will replace the aging Belgian Air Force C-130 Hercules fleet. The A400M can land and take off using a short runway and it can even land on difficult terrain, like on a beach or on a grass runway. The aircraft can be used for military as well as humanitarian purposes, according to the new Chief of Staff of the Luxembourg Armed Forces, Steve Thull. "In any case, it can fly people to Mali, which is not a problem at all, its operational range is larger than the current C-130 Hercules. Above all, we are able to transport much more material and many more people."

The government of Luxembourg estimates the costs for the A400M project at almost 420 million euros over a period of 35 years. The purchase of the aircraft is estimated at almost 200 million euros.
Minister of Defense François Bausch says; “that is a lot of money, but it would be worth it, because the aircraft could be lent to other European countries and because it could also be used for civilian purposes.
"Then we have the MRTT program, which is the Multi-Role Tanker & Transport program, where we've been shopping with other European countries, where it's about sharing costs. I think at this stage for the aviation in the military field, it is all that we we need, so I would like to say that over the next few years, under my leadership in defense, hardly anything will be done in aviation anymore. I think we still have investments in space that we need also likely to make investments in military vehicles."

On Thursday October 08th, Grand Duke Henri of Luxembourg will take a look at the A400M transport aircraft at Luxembourg-Findel airport. Bausch mentions; “And if the weather allows, on Friday October 09th, the A400M will fly from Luxembourg-Findel Airport towards it's new home base Melsbroek Air Base via a route over the main cities of Luxembourg and Belgium, together with its predecessor a Belgian C-130 Hercules during a so-called "Welcome Flight.”
This A400M is operated by the Belgian and Luxembourg. The Airbus A400M is the first Luxembourgian military aircraft since 1968. At that time, three Piper PA-18 Super Cups were retired from service. The Luxembourg Armed Forces received also two Eurocopter H145 helicopters in 2019.
Luxembourg participates with a number of flight hours in the A330 MRTT tanker project, allowing this project to obtain a 9th aircraft recently on the costs of the country. For a small country like Luxembourg this is an impressive achievement and the arrival of the A400M was a historical event for the aviation in Luxembourg. 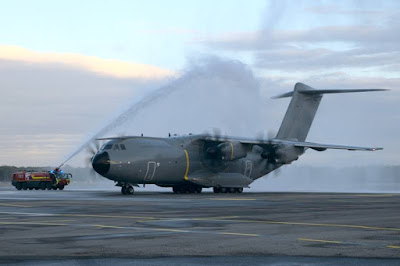 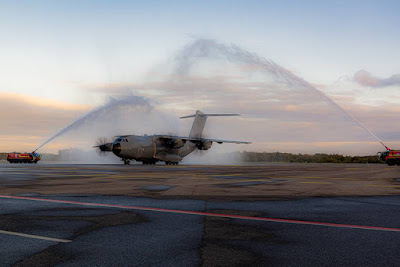 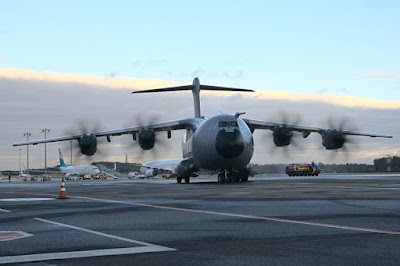 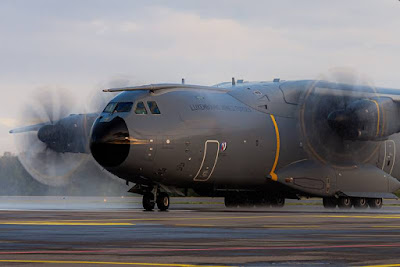 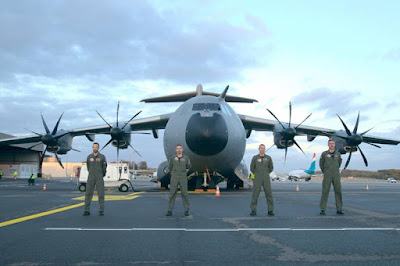 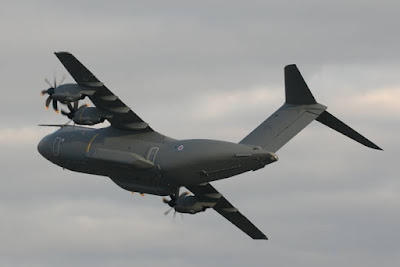 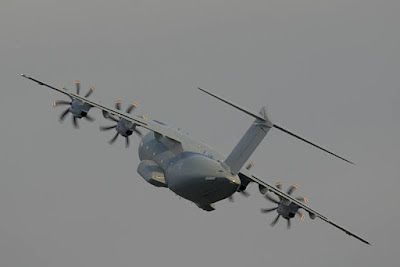