"The visit of the Japanese delegation confirms the interest of foreign air forces in the school," Col. Nannelli says.

From 21 to 25 September 2020, a delegation from the Japan Air Self-Defense Force (JASDF) visited the 61st Wing in Galatina, southern Italy, home of the Italian Air Force International Flight School. The visit took place within the framework of the "Bilateral Cooperation IT-09 Italy-Japan".

The Japanese officers were welcomed  by Colonel Filippo Nannelli, Commander of the 61st Wing, who explained to them the tasks and activities of the Wing, the training phases and the training offer of the school. He underlined the high capabilities of the new T-346 Integrated Training System (ITS) for the training of pilots for fourth and fifth generation aircraft and the next phase-in of the new trainer jet, the T345 - High Efficiency Trainer, which will gradually replace the MB339 in phases 2 and 3 of the flight training.

The Brigadier General Luigi Casali then introduced to the guests the International Flight Training School (IFTS). The IFTS is the result of an agreement signed between the Italian Air Force and the aerospace company Leonardo S.p.A. to enhance the current training offer of the 61st Wing. The project was born from the desire to combine the expertise of the air force in the flight training and the advanced technologies of the Italian aerospace company.

Subsequently, the delegation visited the main structures that house the systems for the training of fighter pilots, for which the 61st Wing provides both phase 3 and phase 4 "Lead In-to Fighter Training" where students fly FT-339C and T-346A aircraft respectively.
Japanese officers were very attracted to the T-346 Integrated Training System (ITS), whose Live, Virtual and Constructive (LVC) capabilities are able to virtually generate very complex scenarios, as well as allow joint missions with aircraft in real flight.

This latest capability was demonstrated during the visit to the most advanced simulator, the Full Mission Simulator, where guests had the opportunity to observe and interact with an aircraft that was carrying out a real flight mission. They were also able to test the amazing performance of the T-346 advanced trainer jet.

"The visit of the Japanese delegation represents a further confirmation of the attention that the foreign air forces place in the systems and methods used at our School," Colonel Nannelli said. 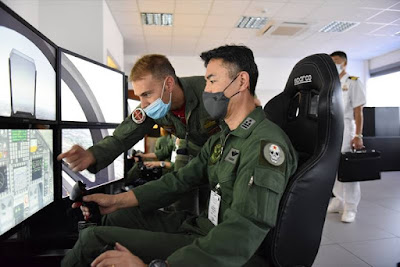 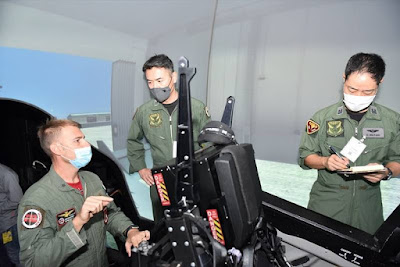 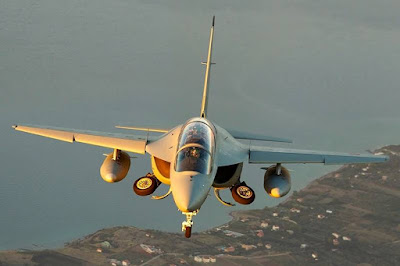