by Blog Before Flight Staff on October 16, 2020
On October 25, 2004, the Italian Air Force organized a historic challenge between the F-104S ASA-M 9-99/MM6930 special color and the Ducati 999 Factory, winner of the 2004 Superbike World Championship. It was organized by Col. Miniscalco, then Commander of Grazzanise AFB, southern Italy, home of the ITAF 9° Stormo (9th Wing) and Roberto Ungaro, Editor in Chief of the Italian magazine "Motociclismo".

This challenge should have taken place in September 2003, after the Italian Air Force unveiled the Starfighter with special Ducati-style livery, but it has been postponed several times, both for the tragic events in Nassirya and for Ducati's commitments in the championship.

The F-104 was flown by expert pilot Maj. Aurelio “Alì” Covotta, while the motorcycle was driven by Giulio “Ringhio” Rangheri, tester for the magazine. 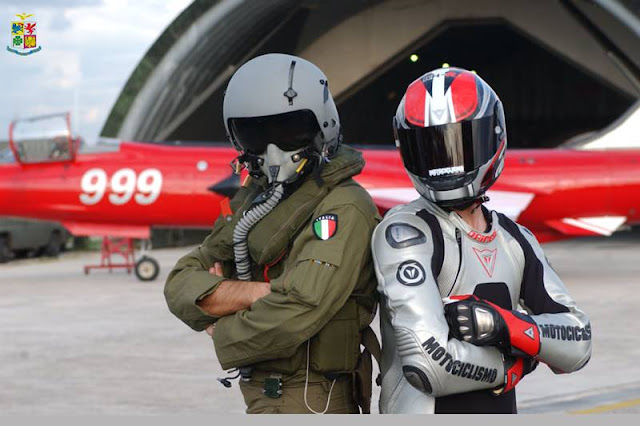 The challenge included two heats with times measured at 400 and 1,000 meters. The first test in the 400 meters was won by the interceptor, the performance of the bike was affected by the difficulties of the rider in adequately modulating the clutch due to the jet noise and some set-up problems. While the definitive duel of the 400 meters was won by Ringhio (9.82" VS 10.50"). Finally the Starfighter won in the 1,000 meters as expected (15.06" VS 17.09").
This competition seemed impossible: 189 HP of the Ducati 999 VS 100,000 HP of the Starfighter, 300 km/h VS Mach 2… However, the battle was well balanced. 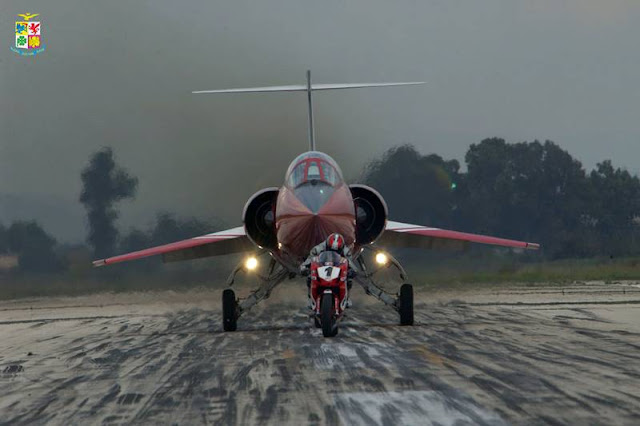