by Blog Before Flight Staff on September 29, 2020
The Ruska 20 air operations exercise begins today, Monday 28 September 2020. The emphasis of the exercise is on readiness, training reservists, and cooperation with the Swedish Air Force.

The largest exercise of the Finnish Air Force in 2020 involves more than 60 aircraft and around 4,800 personnel, including 2,500 reservists. During Ruska 20, a total of 11 airfields across Finland are in use, so the exercise will be seen and heard nearly all over the country. The exercise is led by Colonel Juha-Pekka Keränen.

The annual Ruska exercises are about training for air defence tasks under emergency conditions. Colonel Keränen, what is the main focus of this year’s Ruska 20 exercise?

The emphasis of Ruska 20 is on maintaining and enhancing readiness, providing training for reservists, and cooperation with the Swedish Air Force. Being an extensive air operations exercise, Ruska 20 is this year’s most significant opportunity to provide training for Air Force active-duty personnel, conscripts, and reservists in their emergency conditions’ tasks.

Even though the Lapland Air Command and Air Force Academy bear the main responsibility for Ruska 20, all the other Air Force units also take part in the exercise. In addition to fighter jets and other aircraft, Ruska 20 will feature ground-based air defence assets, as the Finnish Army will participate in the exercise with ITO12 NASAMS II FIN and ITO90M Crotale units.

What kind of a scenario does Ruska 20 include, and how will the scenario develop during the exercise?

The participating units will be assigned to either perform air defence tasks or act as adversary. The scenario, depicting a rapidly developing crisis, evolves in real time throughout the entire exercise, meaning that air operations can be carried out around the clock. The main operating bases of the defending unit will be the Rovaniemi and Tikkakoski air bases, while the adversary will operate out of Oulu and Luleå, Sweden.

During the first phase of the exercise from 28 September to 1 October, the bases in Rovaniemi, Tikkakoski, Kajaani, Halli and Oulu will be used. From 2 to 6 October, the defending unit will operate also from Kuopio, Seinäjoki, Kokkola-Pietarsaari, Vaasa, Pudasjärvi and Kuusamo airfields. An extensive network of airfields enables the swift dispersal of fighters to temporary operating bases across Finland.

The exercise will also involve JAS 39C/D Gripen multi-role fighters and an Argus airborne early warning and control (AEW&C) aircraft from the Swedish Air Force. What is the role of the Swedish assets in Ruska 20?

The participation of Swedish detachments in Ruska 20 is a based on the close cooperation between the Finnish and Swedish Air Forces. We have taken part in each other’s major live air exercises since 2016.

During the second phase of the exercise, the Gripen detachment operating out of Rovaniemi Air Base integrate with the defending unit. Another Gripen detachment, operating out of Luleå, will act as adversary together with the Finnish Hornets and Hawks flying from Oulu. The defending unit and the adversary will take turns in utilizing the AEW&C capabilities of the Argus. 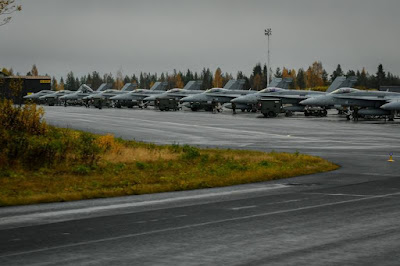 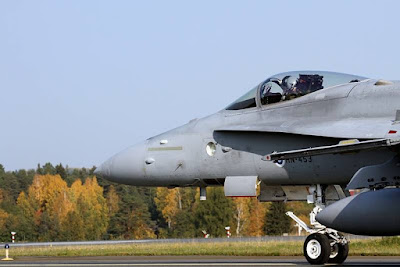 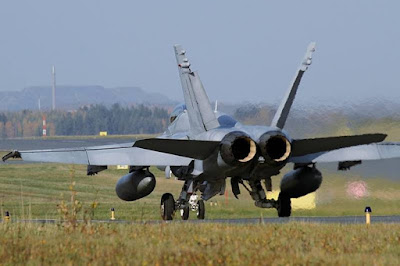 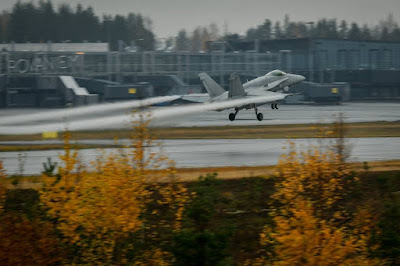 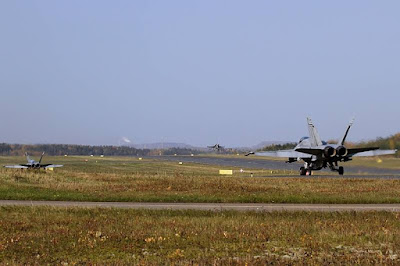