by Blog Before Flight Staff on September 26, 2020
EATC
The European Air Transport Command is a single multinational command. Its headquarters is located at Eindhoven air base (ICAO code EHEH) in the Netherlands.

On Thursday September 24th, 2020 the EAT celebrated it's 10 anniversary with various visitors from the participating countries: The Netherlands, Belgium, France, Germany, Luxembourg, Spain and Italy.

On 24 September 2020, EATC celebrated officially 10 years of air mobility. The celebration took place at EATC headquarters on Eindhoven airbase in the presence of the Dutch minister of Defence and a limited* number of high level representatives.

In his opening speech, the Dutch airchief and chairman of the MATRAC, Lieutenant General Dennis Luyt, emphasized that EATC is “a lighthouse for cross national cooperation, cultural exchange, transparency and mutual understanding.” He added that “The success of EATC was never considered as being granted. But vision, energy, trust and hard work of all the people working for the EATC have paid off. Today we can assess that EATC’s first decade is a story of success (...).”

To honour ten years of multinational success in air-mobility, the minister, Mrs Ank Bijleveld, and the Commander EATC, Major General Laurent Marboeuf, unveiled a 10th anniversary glass commemorative piece of art. This extraordinary piece will be displayed at EATC headquarters. Representatives of Airbus also handed over a mock-up of a A330 MRTT to decorate the impressive entrance of the EATC building.

The Dutch minister highlighted in her speech the importance of EATC and the multinational cooperative efforts between our nations. She also valued the commitment and professionalism of the EATC team. “And because of the efforts of (...) people, who always think in terms of possibilities and opportunities and therefore bridge cultural and operational differences.”

All ministers of Defence from EATC’s member nations sent their Happy Birthday wishes via a video message.

The festivities were musically accompanied by the French military orchestra, Musique de l’Air

General Lieutenant Luyt is chairman of the “Multinational Air Transport Committee” (MATRAC), highest decision level board and composed of the air chiefs of EATC member nations. 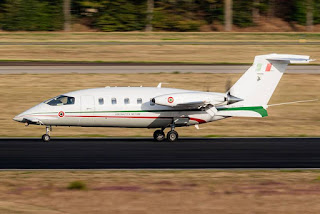 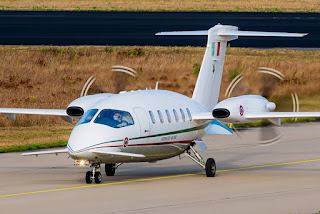 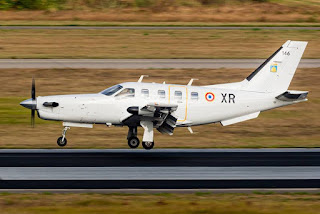 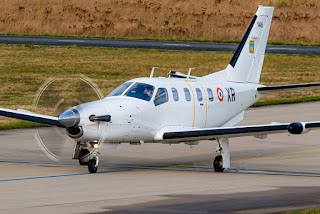 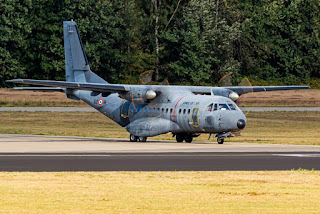 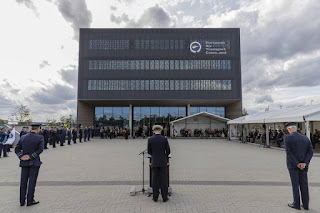 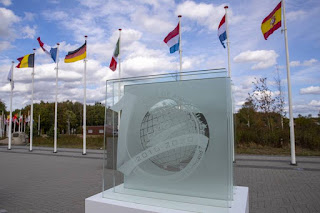 On 24 September 2020, German Major General Andreas Schick took over the command of EATC from French Major General Laurent Marboeuf. The official change of command ceremony took place at the EATC headquarters at Eindhoven Airbase in the presence of the Dutch Minister of Defense and high level representatives from EATC nations.

The change of command was under the lead of the Dutch Air Chief, Lieutenant General Dennis Luyt*, who thanked the outgoing commander, General Marboeuf, for his commitment to EATC. General Luyt said “(...) with your focused approach, your vision and leadership, you managed to realise EATC’s vision in such a way that its position has been significantly reinforced.”

Major General Marboeuf thanked the EATC personnel for their support during his 2-year term. “I (...) learnt a lot from working in a multi-cultural environment, and from you all. I have a profound and delighted feeling that I have been part of this unique success story in Europe, called the EATC.”

EATC has no secrets for his successor, Major General Andreas Schick : for the past three years, the general held the position of Chief of Staff of EATC.

In his speech, Major General Schick thanked the nations for the great opportunity offered and for the trust and confidence placed in him. “I am looking forward to developing the various roles and tasks of our command by capitalising on the great potential of our highly qualified staff and this great concept of multinational pooling & sharing.” He added ”(...) we are a service provider to our nations and (...) we have a responsibility towards the aircrews who are out there on their challenging missions – no matter which nationality.”

On the same day French Brigadier General Stephane Gourg took over the position of Chief of Staff. 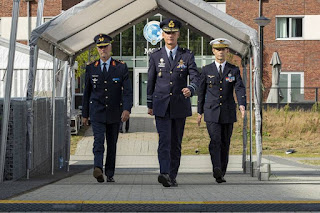 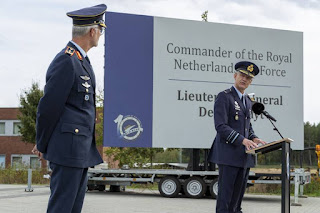 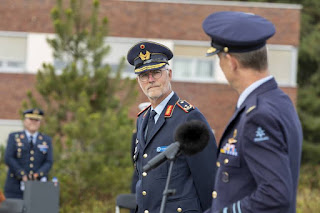