For the first time, one of the aircraft will be assigned at the Flight Testing Center at Tel-Nof AFB. The Flight Testing Center Squadron conducts the IAF's experimental flights on all of its aircraft. The squadron consists of aircrew members, RPAV operators, and engineers, who plan and conduct flight experiments in a wide variety of fields. Experimental aircraft are special aircraft that have been equipped during production with advanced testing systems.

The aircraft was developed to match the unique requirements of the IAF and will assist the Flight Testing Center in building a development division for F-35 aircraft with emphasis on munitions, advanced operating systems, and more.

With the delivery of the test aircraft (AS-15), Israel will be the first country to operate an F-35 test aircraft outside the United States.

The aircraft was designed with signal and information collection capabilities with specific equipment. It is a significant milestone for the IAF and provides a new ability to conduct unique test flights with the F-35 in the present and future.

The three other aircraft arrived at the 140th "Golden Eagle" Squadron, the IAF's first "Adir" squadron, which was established in 2016. 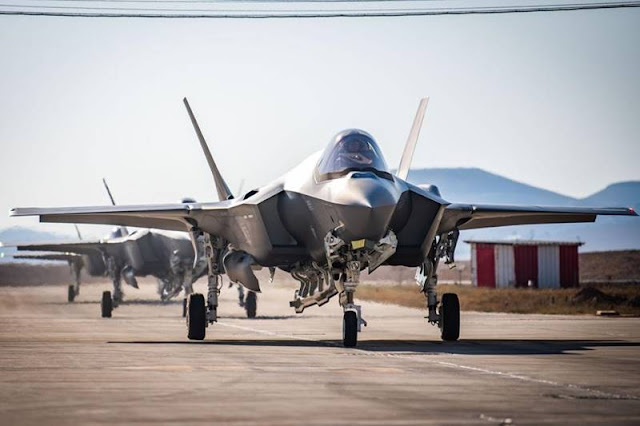 The IAF is the first air force in the world besides the United States to operationally operate the F-35 aircraft.
Written by Matteo Sanzani
Source: Israeli Air Force
Images: Amit Agronov
F35 Highlights