From 8 to 10 July, the Italian Air Force conducted a training activity in southern Italy aimed at simulating night-time PR (Personnel Recovery) and CAS (Close Air Support) missions. The armed force has involved several aircraft with different roles and capabilities that have worked synergistically to achieve interforce operational effectiveness in unconventional and complex scenarios.

Thanks to great teamwork, it was possible to jointly use F-2000 Typhoon fighters belonging to the 4th, 36th, 37th and 51st Wing to ensure air supremacy, AMX aircraft for the protection of ground forces, as well as HH-101A and HH-139A helicopters belonging to the 15th Wing for the search and rescue of isolated or blocked military units in an impervious environment. 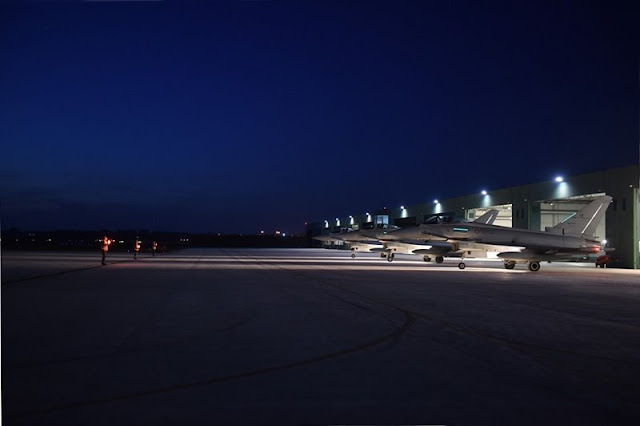