The flight included integration and interoperability training with Danish F-16s overflying Bornholm Island, in addition to overflight of Lithuania, Latvia and Estonia. The images show a bomber flying together with a Danish fighter in a special red-white livery. It received this special color last year to celebrate 800 years of Dannebrog (the Danish national flag).

According to USAFE, these strategic bomber missions are intended to contribute to stability in European theater by sending a clear deterrence message to any potential adversary.

In addition, the direct presence of bombers demonstrates USAF's ability to execute flying missions, sustain readiness, as well as showcase the U.S. commitment to the Baltic allies and regional security.

“Integrating bomber missions with our NATO allies and partners builds enduring relationships that are capable of confronting a broad range of global challenges,” said U.S. Air Forces in Europe and Air Forces Africa commander, Gen. Jeff Harrigian. “When you see the capability and integration first hand, it is clear we have a force that stands ready to execute the mission.”

USAFE says that the B-1 Lancer can rapidly deliver massive quantities of conventional weapons against any adversary, anywhere in the world, at any time. Last time it was in Europe was November 2018 supporting NATO’s Trident Juncture exercise. 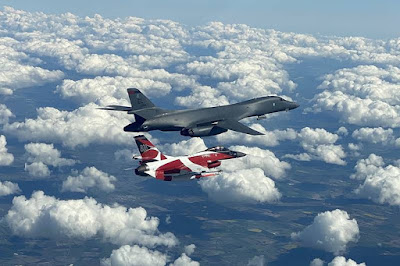 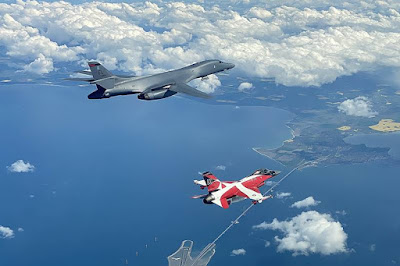