"The 2,000 flight hours are an important milestone - said Colonel Daniele Mastroberti, Commander of the Italian Military Representation in Eglin, Florida - it confirms how the collaboration between our maintenance component in US and Luke's Technical Section is solid and well tested, allowing to maintain high levels of efficiency and aircraft availability and guaranteeing great operating results."

The event was attended by all Eglin RMI staff together with the Italian staff assigned to the local Technical Section of the Luke AFB detachment, which just recently increased its fleet by welcoming the third F-35A, and the technical staff of Lockheed Martin and Pratt & Whitney who takes care of the pre-flight and maintenance phases of the aircraft. 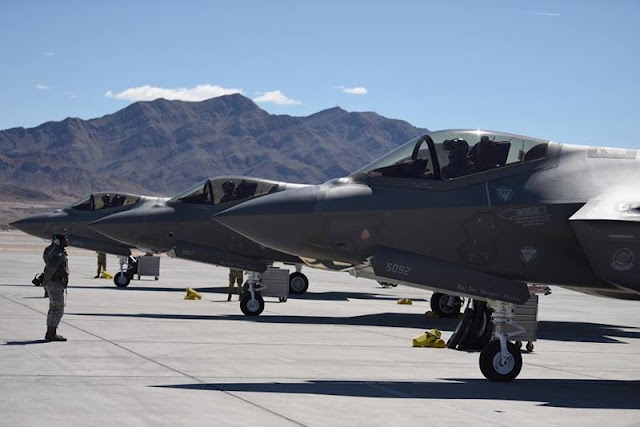 Luke hosts a multinational structure, where partner countries contribute with men, systems, resources and experiences aimed at directing training towards a joint use of the revolutionary fifth generation weapon system. Starting from 2016, the Italian Air Force is in Luke with its personnel and aircraft to train pilots and Instructor Pilots (IP) from the United States, Norway and Italy.

Luke AFB's detachment belongs to the Italian Military Representation of Eglin, Florida, which is an inter-force structure leaded by the JSF Program Directorate of the General Secretariat of Defense. It is responsible for managing the training of all Italian military personnel (pilots and technicians), both of the Italian Air Force and Italian Navy, designated to operate with the national F-35 aircraft, in the variants "A" and "B ".