The US Air Force is considering hiring four to eight jet trainers to refine its training syllable and define all the capabilities needed for its future Boeing T-7A Red Hawk trainer aircraft.

According to a notice published by the U.S. government, Air Combat Command (ACC) plans to contract Hillwood Aviation to provide the KAI/Lockheed Martin T-50A. However, this document was contested by Mission System Solutions, which intends to offer the Leonardo M-346. Both aircraft took part in the USAF T-X competition and lost against Boeing's aircraft.

The initiative aims to accelerate the training pace of fighter pilots with the Boeing T-7A. Since the Red Hawk is an advanced aircraft, the ACC wants to evaluate whether it is able to complete more training in advance to decrease the work on the Operational Conversion Units (OCU). OCUs provide training with much more expensive front-line fighter aircraft such as F-22 and F-35. 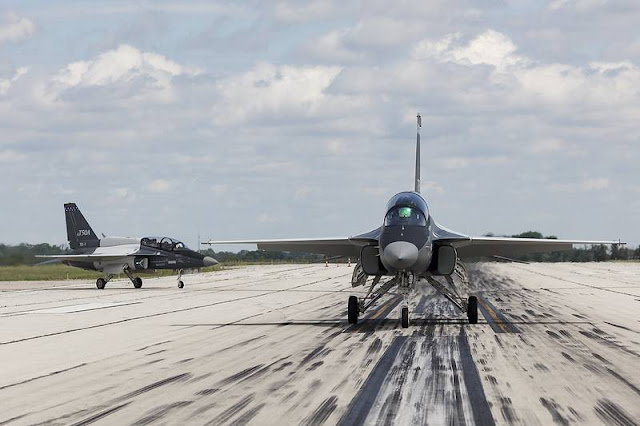 USAF planned to conduct a five-year experiment with advanced trainer aircraft to demonstrate this concept and make last-minute changes to the configuration of the T-7A. Boeing's jet is still in the testing phase and is not yet available for experiment. The first T-7A will be delivered in 2023.

Furthermore, the concept cannot be demonstrated with the current USAF jet trainer, the Northrop T-38 Talon, as it has dated systems that are not comparable to those of the T-7A.

The ACC has selected the T-50A as it looks to an aircraft with "an active radar capable of detecting a fighter sized target no later than 20 miles or the ability to install one without lapse or disruption of service within 1 year" and "the ability to achieve closure rates of at least 1100 knots when conducting in-unit air-to-air training."

👉 You may also like: The M-346 could have a second chance in the United States