The deployment of the 1st Combat Aviation Brigade (1CAB) of the 1st Infantry Division is the fourth division deployment in Europe in the context of Operation Atlantic Resolve. The unit would withdraw to the United States in October 2019. As part of the European Operation Atlantic Resolve, the 1st Combat Aviation Brigade of the United States Army was active in Europe in 2019. The helicopters and many ground equipment arrived in the port of Zeebrugge in February 2019. The unit will leave Europe via the port of Rotterdam and will be relieved by the 3CAB.

Deployment in Europe of the 1st Infantry Division

The helicopters of the 1st Infantry Division arrived in February 2019 in the Belgian port of Zeebrugge. A special compound was set up on the quay for the helicopters. The helicopters would fly via Chievres to Germany where Ansbach would become their new temporary home. The 1CAB was equipped with no less than 50 Blackhawk helicopters of the types UH-60L, UH-60M and HH-60M on arrival. The brigade also contained 24 Apaches from the 1st Squadron of the 6th Cavalry. Finally, another 14 Chinooks were unloaded in Zeebrugge. In addition to the helicopters, more than 1500 vehicles were unloaded, all of which would be moved to Eastern Europe. The 1CAB would station a total of thirteen helicopters and more than 60 staff in Latvia in the Baltic States. In addition to Latvia, 17 helicopters in Poland would also be stationed at Powidz for nine months. These helicopters were accompanied by approximately 150 soldiers. Finally, part of the helicopters in Romania were stationed at Mikhail Kogălniceanu in the east of the country. 100 soldiers were deployed in Romania to support the helicopters.

For the withdrawal of the soldiers and the material from the 1st Infantry Division, the Netherlands will act as host country. This Dutch Defense deployment falls under the so-called Host Nation Support. NATO allies support each other in military movements across each other's territory. It involves the relocation of more than 5200 soldiers, 85 Abrams battle tanks, 58 helicopters and hundreds of other vehicles and equipment. The Dutch Defense supports the transports with dozens of soldiers, among others. The helicopters that are being relocated consist of more than 55 UH-60 Blackhawks, AH-64 Apaches and CH-47 Chinooks. The helicopters fly a route from Germany where they go via Eindhoven Air Base to the Rotterdam port area. The helicopters then travel by ship to their home base in Fort Riley in Kansas. The mechanized brigade of the 1st Infantry Division will leave the country by ship via the port of Vlissingen. This caravan travels through the Netherlands by road, by train and for the first time also with barge vessels. Dutch personnel from the army and the Defense Surveillance and Security Organization, among other things, secure the port areas in Rotterdam and Vlissingen. In addition, the Ministry of Defense supplies fuel and transports part of the American equipment with trucks. The Marechaussee guides the military columns on the Dutch roads. The Americans also use Defense locations as accommodation and office spaces. The navy provides port protection on and under water, including diving vessels with diving teams, ships, quay and port inspections. 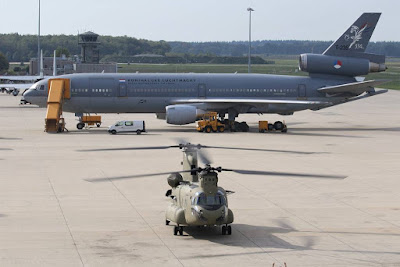 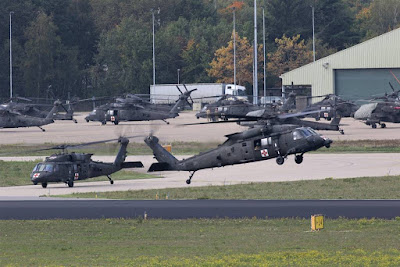 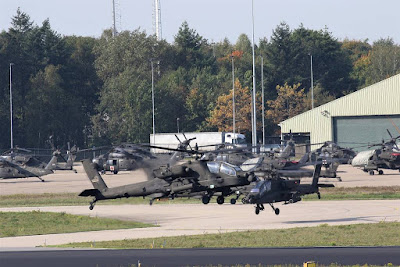 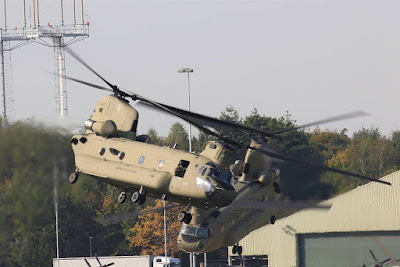 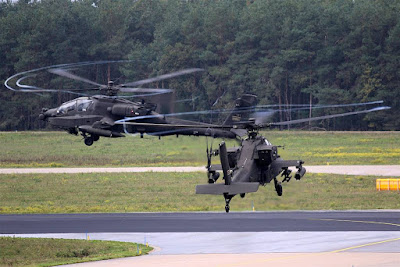 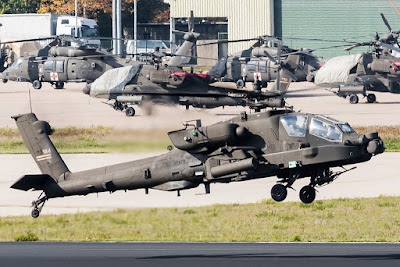 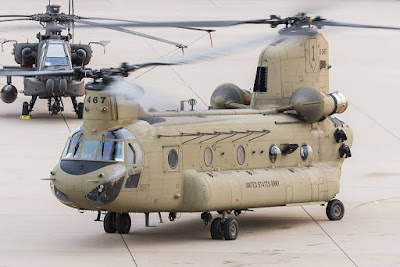 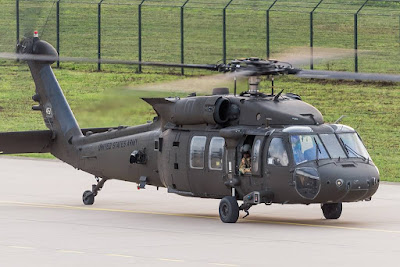 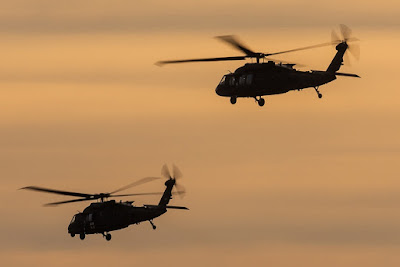 All photos and text by: Joris van Boven and Alex van Noye