On September 13, 2019, the Italian Air Force unveiled an F-2000A Typhoon with the markings of the 51st Wing during the event organized to celebrate the 30th years of AMX and 80 years of the 51st Wing at the Istrana air base, Northern Italy .

The fighter, placed at the head of the large static display, sported the image of the black cat on the tail rudder and the coding "51-01" along the fuselage.

According to the Chief of Staff of the Italian Air Force, Lt. Gen. Alberto Rosso, the future of the 51st Wing does not include the arrival of the F-35 aircraft, the natural replacement for the AMX, but a Eurofighter squadron.

The presence of the European Fighter Aircraft in Istrana is not new; the Italian Air Force has already deployed some Typhoons there to strengthen the defense of Northern Italy, but they have always been part of an interim deployment. This reorganization is today necessary to integrate the current squadrons in charge of air defense that are located in central and southern Italy. The Eurofighters based at the 51st Wing have in fact conducted several interceptions since their arrival in Istrana to today.

The "new" Typhoons will presumably equip the 22nd Fighter Squadron which, according to many rumors, will soon be reconstituted at the 51st Wing and will join the 4th Wing of Grosseto, the 36th Wing of Gioia del Colle and the 37th Wing of Trapani in the national air defense system.

The 22nd FS operated at the 51st Wing with F-104S and F-104ASA fighters until 25 February 1999 when it was decommissioned as part of the reorganization of the the Italian Air Force. 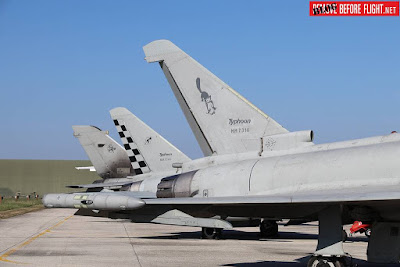 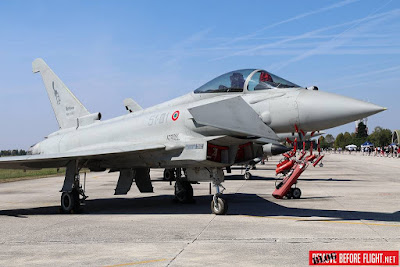