August 23, 2019 - The Red Arrows have joined their United States counterparts in a historic 19-aircraft flight down New York’s Hudson River and around the Statue of Liberty.

Jets from the Royal Air Force Aerobatic Team painted the Big Apple’s skies with signature red, white and blue smoke trails during the mighty flypast. The British aircraft flew in a large formation, led by the F-16s of the US Air Force Thunderbirdsdemonstration team, followed by the nine Red Arrows Hawks, then two F-35 Lightning IIs and a pair of F-22 Raptors behind.

The flypast forms part of the Red Arrows’ largest-ever tour to North America, aimed at promoting the best of British and supporting a range of UK interests across trade, business, education and defence. 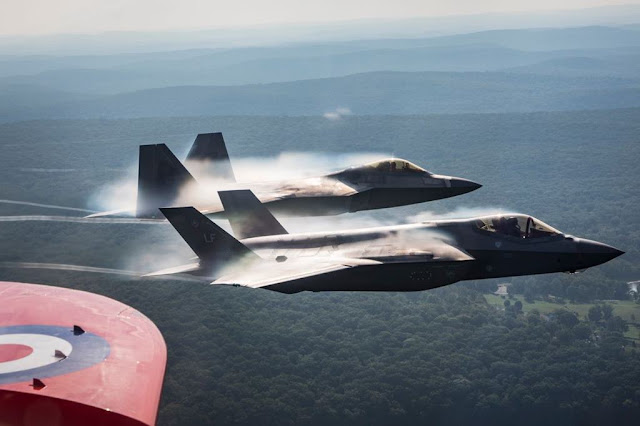 "To have the opportunity to fly along the Hudson in a fast-jet, with Manhattan’s skyscrapers lining part of the route and so many famous landmarks as a backdrop, was a fantastic, rewarding experience.

"Even more exhilarating was being able to complete this flypast knowing the Thunderbirds were just ahead of us and the F-22s and F-35s tucked in behind our aircraft," Squadron Leader Martin Pert said.

The formation of aircraft approached from the north side of the city, over the river, before passing Manhattan on the left. On reaching New York Harbour, the jets made a sweeping right turn near the Statue of Liberty and proceeded back up the river for a second pass.

It is the first time the Red Arrows have visited North America since 2008. 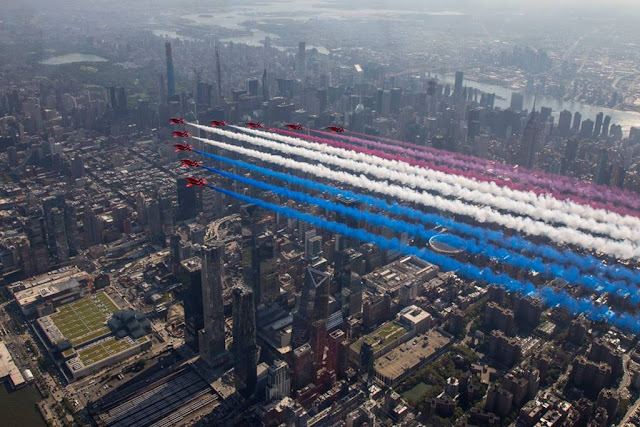