This September, Greece's biggest air show, the Athens Flying Week (AFW) Air Show 2019, will be taking off, for the fourth year in a row, from Tanagra Air Force Base, crowning the AFW 2019 as the Southeast Europe's best Air Show. The dates are set for 21 and 22 September.

As usual, the flying display will include great performers such as the Belgian F-16 Solo Display, the Patrouille de Fance (Sept. 22 only) and the Royal Jordanian Falcons. Even if the national military aircraft have not yet been officially confirmed, the Hellenic Air Force's combat aircraft and helicopters will surely perform in amazing demos and tactical activities. How to forget the past powerful fly-bys of the Phantom F-4Es or the dogfight performed by the Greeks F-16 and Mirage 2000-5!

In addition, the public will be able to admire the aircraft and pilots up close in a large static display that will also include a GAF Tornado belonging to the 51st Reconnaissance Wing (51 Immelmann). Many other surprises will also come for the ground show. For example, last year it included the Italian M-346 advanced trainer jet for the first time.

Recently, the event has received important distinctions. During the European Airshow Council Conference, the AFW received two major awards: the Chairman’s Award and the 2019 Media & Marketing Competition. The Chairman’s Award is the most important award, with international acceptance, given by the European Airshow Council in recognition of the hard work in developing a small event into a major international affair, overcoming many challenges, both practical and financial. In addition, a great distinction followed in the 2019 Media & Marketing Competition, in the category of organizers. 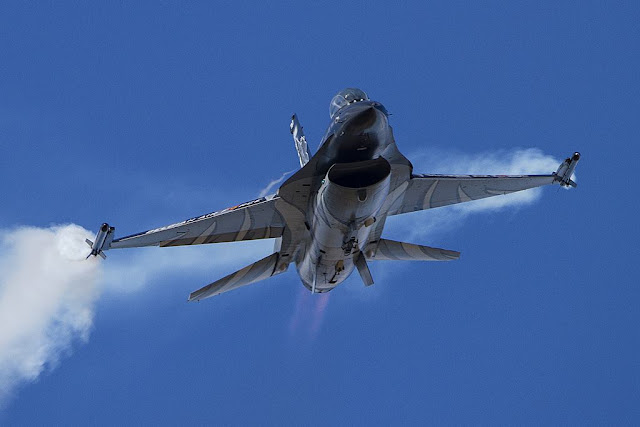 If you are planning your participation in the AFW 2019, hurry to buy the discounted tickets here.