Pilots, Weapons System Officers and Weapons Systems Operators have entered the simulator and flying phase of their six-month course. Meanwhile engineering personnel are similarly progressing through their course at Naval Air Station Jacksonville in Florida. 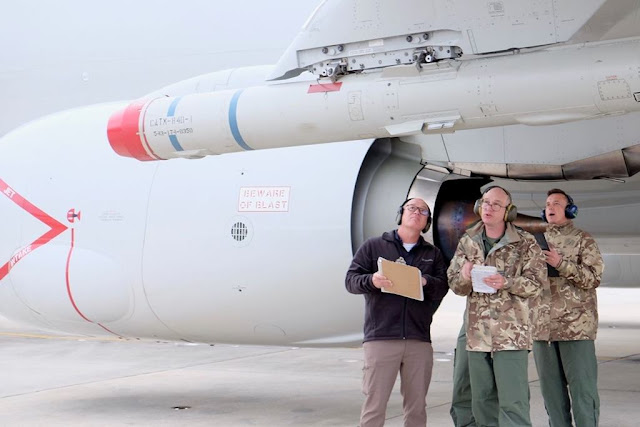 The personnel, from CXX Squadron at RAF Lossiemouth, are being trained by a mix of US Navy and RAF P-8A ‘seedcorn’ one-way exchange instructors on a course which covers a substantial range of topics. This includes being trained to fly at medium and low level over the sea, so that the mission crew can train in Anti-Submarine Warfare and Anti-Surface Warfare.

In parallel to the training activity, aircraft production is continuing. In January the auxiliary fuel tanks were completed by Marshall Aerospace & Defence Group in Cambridge and the keel of the first UK P-8 was laid in Witchita, Kansas. Assembly of the aircraft then commenced in February with the fuselage competed at the end of March.

Once complete the fuselage of the first UK Poseidon was taken by train some 2000 miles to the Boeing Plant at Renton, Seattle where assembly will be completed. The aircraft is expected to conduct its first flight this summer. 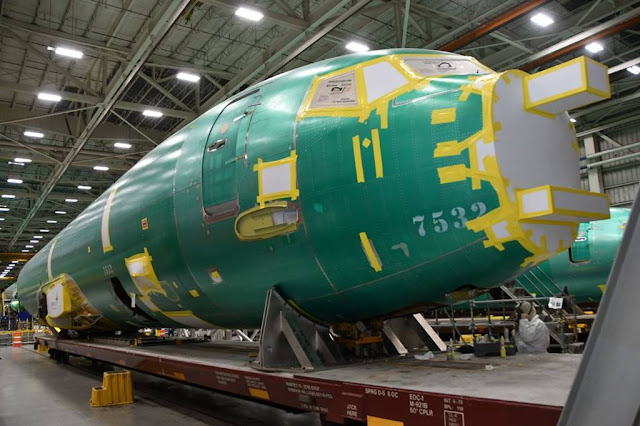 Concurrently, the build of the Strategic Facility at RAF Lossiemouth is progressing well and by March the construction of the three-bay hangar has changed the skyline at the station. The facility is on schedule to be ready for use in the autumn of 2020.

The RAF will procure a total of nine aircraft which will be based at RAF Lossiemouth from late 2020.

👉 You may also like: NEW BOEING P8 AIRCRAFT CONTRACT FOR US, AUSTRALIA AND UK