Active duty service members, aviation leadership, local media and visitors were in attendance to commemorate the aircraft’s 35 years of active service in the fleet.

"Today our VFA-34 family and the operational farewells an old friend,” said Cmdr. William Mathis, commanding officer of VFA-34. “Born more than 40 years ago, the Hornet entered operational service for the U.S. Navy in 1984 and for the next 35 years, she proudly served the nation from the flight deck of aircraft carriers in all the seas across the globe.”

The Blue Blasters of VFA-34 were the last squadron in the Navy flying the Hornet, most recently joining USS Carl Vinson (CVN 70) to conduct Freedom of Navigation patrols in the South China Sea in 2018.


“First, it’s a great feeling being the last squadron to take these hornets into combat because we made history,” said Master Chief Gene Garland, command master chief of VFA-34. “Secondly, this represents the ending of an era because these jets have been around for a long time and the professionals you see all around you in this squadron maintained our Hornets and kept them flying. I thank God for the mindset of my Sailors. They are hard-workers, dedicated and they truly are a reflection of the culture of our squadron. This final flight means we and the legacy Hornets have accomplished the mission.”

Lt. Frank McGurk, who piloted one of the three hornets that were part of the ceremony alongside the squadron’s Commanding Officer and Operations Officer, shared some details of the historical experience.

“We went out to one of our working areas over the ocean about 80-100 miles out,” said McGurk. “From there, we left the area and flew northbound along the coast up past the [Wright Brothers] First Flight Memorial around Kitty Hawk, NC where we took a few photos over the area then made our way back to Oceana for the fly-over.” 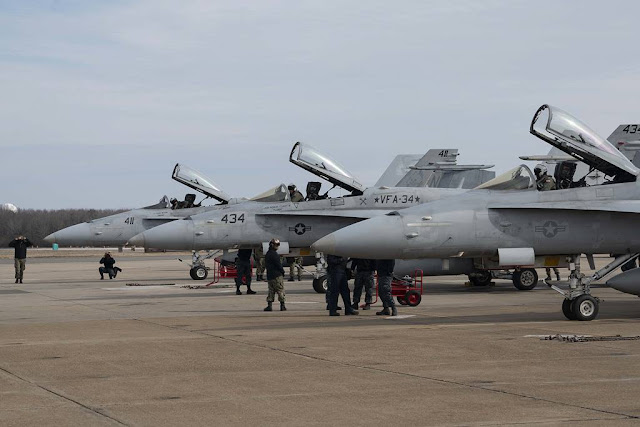 Lt. McGurk also spoke on how he felt regarding the Hornet’s last flight.

“This aircraft has been super reliable for us and has proven itself over the years,” he said. “I believe there are many aviators out there who know how good of an airplane this is to fly. Although I’ve only had a taste of it, I can feel the history and lineage of that. There were a lot of people who came here to this base to see this old bird take her last flight and I think that’s pretty cool.”

The F/A-18C Hornet is being replaced by the F/A-18E Super Hornet, which is capable of executing the same missions as the Hornet, but with significant advancements in mission systems that will dramatically enhance its effectiveness.

“The Hornet is known as many things,” said Cmdr. Mathis. “Legacy, highly reliable, multi-role attack fighter… but to us, she will always be an old friend. The Hornet will continue to serve with the Marine Corps and Navy support units but for the operational Navy, it is time to say goodbye. So from the men and women who flew and maintained the legendary F-18 Hornet, we say thank you for your service and job well done.” 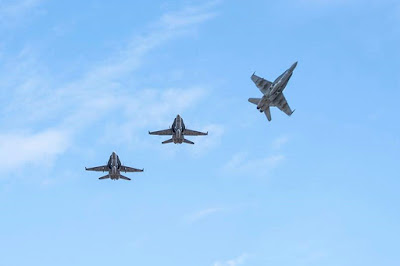 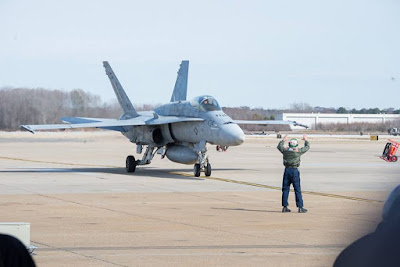 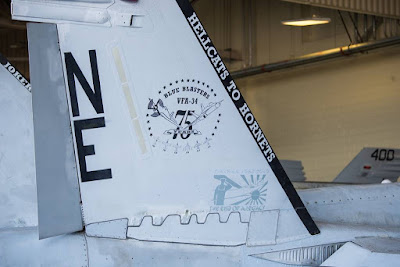