The £44m project is used by fast jet pilots in the Royal Navy and Royal Air Force to replicate flight in aircraft such as the Hawk, Typhoon and new F-35 Lightning aircraft. Pilots are able to experience up to 9G - nine times the normal gravitational pull of the Earth - and learn how to use their specialist in-cockpit flying equipment to help them cope with these stresses. The centrifuge can accelerate up to 9G in one second and rotate up to 34 times a minute.

The new facility revolutionises High-G training as pilots are not simply strapped into the device and exposed to G-force but are able to ‘fly’ as they would in a flight simulator as the pilot manoeuvres the aircraft and applies the G-force.

Pilots benefit from a cockpit which closely represents that of their normal aircraft enabling them to conduct a plethora of training scenarios from air-to-air combat to dealing with inbound missile threats.

The device will also be used to trial and test new equipment to be used on fast jet aircraft and by the pilots. This will also ensure that the testing is done in a benign environment before being trialled in live flight. 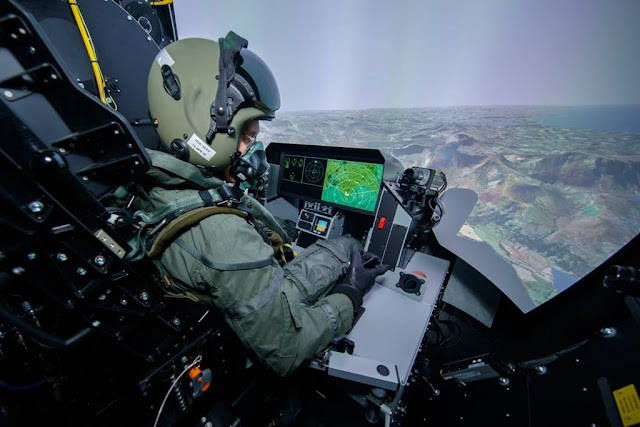 “This new and exciting facility is replacing the High-G trainer until recently used by Defence; that dates from the 1950s and no longer matches the performance of the modern fast jet aircraft such as the F-35 and Typhoon.

“The Centrifuge is capable of accelerating up to 9-G in just one second, but rather than just sitting in it, the replica, flyable cockpit delivers realistic and immersive training, helping to simulate real-life missions while teaching pilots to deal with acceleration and High G-forces.”

The new facility at RAF Cranwell is used by fast jet pilots progressing through the UK Military Flying Training System and into their flying careers. Fast jet pilots will refresh their training at least every 5 years to keep them as safe as possible and current in the techniques used to handle High-G forces in flight. 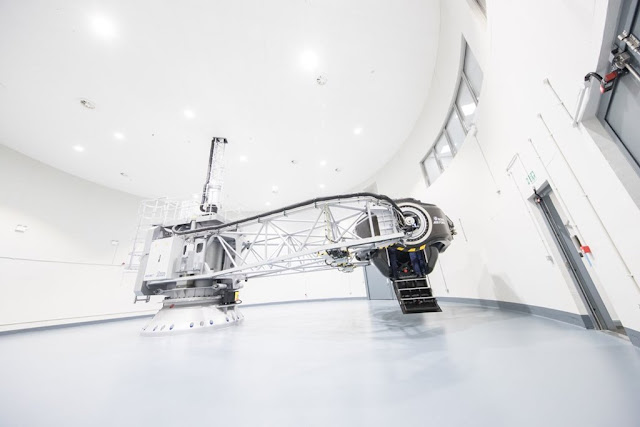 The RAF Centre of Aviation Medicine is using the facility to train aircrew to recognise the effects of G-force, develop awareness of it and learn the physical techniques needed to counter the effects on their bodies during combat missions. Up to 300 aircrews will receive training on the centrifuge each year.

The 39-tonne centrifuge built by Thales UK has seen the company team up with world-leading centrifuge specialists AMST from Austria to design and build the equipment. Thales has been training RAF aircrew since the 1930s providing over 300 complex simulators for 60 different platforms.