On November 6, 2018, the 57th Wing Commander, Brig. Gen. Robert Novotny, announced on his Facebook page that he was looking for a new "cool" color scheme to be assigned to an F-16C of the 64th Aggressor Squadron (64th AGRS).


"Team - we have a problem. One of our Aggressor Vipers needs a new paint job. I'm thinking about asking for your help and YOU give me the new design. Would need to be relevant, representative of the threat, and of course completely COOL. Are you interested? Ask your friends and share this post. Details to follow if you like the idea," he said.

On November 11, 2019, Novotny announced the winner. All the proposals received were evaluated by the 64th AGRS team who, after a careful analysis, chose the digital color scheme as the one assigned to Russian fifth-gen Su-57 stealth fighters (previously known as T-50 or PAK-FA).

"WINNER! Team - thank you for your help narrowing down our choices. I took the two semi-finalists to the Aggressors and they are going to go with the Su-57 digital paint scheme. Do you like it? Time to get the design / paint going. Stay tuned for a time-lapsed paint job and an official roll out soon," he said. 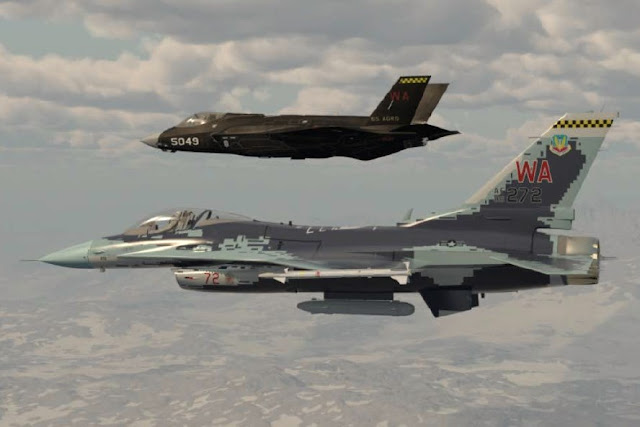 The digital scheme was first seen on a Russian Su-57 about two years ago. The first aircraft with digital color was spotted in April 2017 over Komsomolsk-on-Amur city, Russia, during a test flight. It was the prototype 508 used to test the new engines, but also a new scheme to make the new jet more invisible. The research on "low observability coloring" has been confirmed by a recent video showing two pixelated Su-57s flying in formation with the same pattern, but in different shades. The impression is that Russia has not yet defined the final tone. Sukhoi staff stated that the new camouflage was chosen because it provides a "low optical signature". 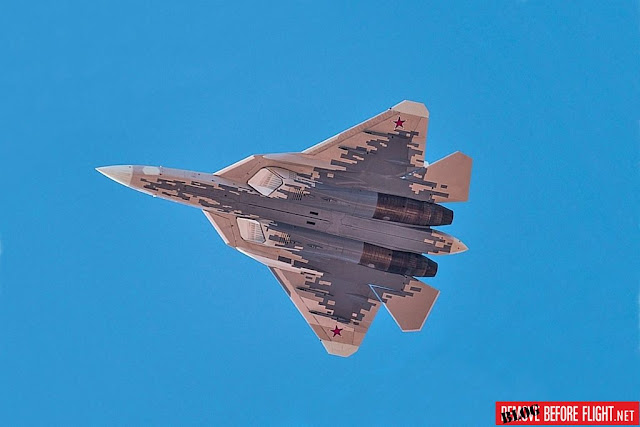 The Russian Su-57 as well as the Chinese J-20 represent today the main threats to the United States. The two nations have designed stealth fighter jets to reduce the technological gap to modern American aircraft such as the F-22 and F-35. The task of the 64th AGRS is to replicate the threats to train the pilots of the U.S. armed forces and their allies to face them. Of course the F-16C Block 32 operated by the Aggressors does not have the same features as modern stealth planes and can not replicate the Su-57. The color of the Russian jet is mainly a symbolic factor. In agreement with many military pilots that we have met, future battles will be characterized by "Beyond Visual Range" fights thanks to the stealth ability of fifth/sixth generation aircraft, rarely the pilots must engage a dogfight. The F-16C is not invisible to radar and can not fight from a distance, but close encounters can still occur and the pilots must still be ready for close combat. 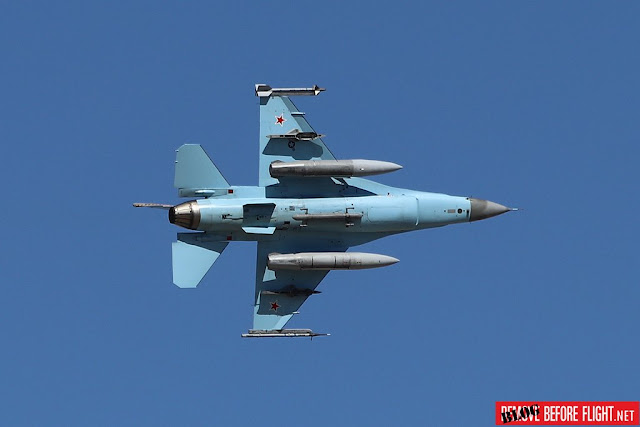 The freshly painted F-16C in Russian-Su57-scheme belonging to the 64th Aggressor Squadron is ready to fight! The plane, called "Ghost", was unveiled on a video published by Nellis AFB on May 17, 2019. 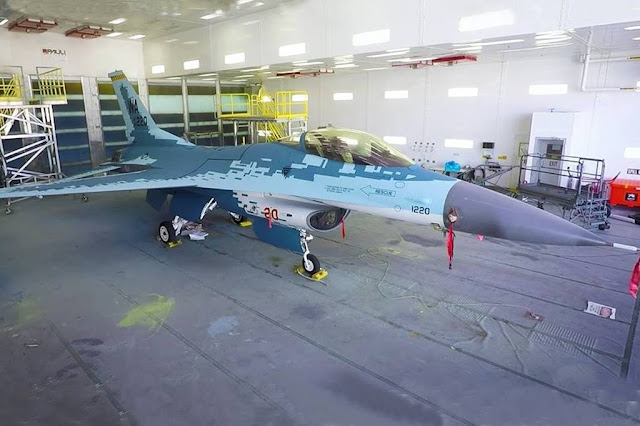 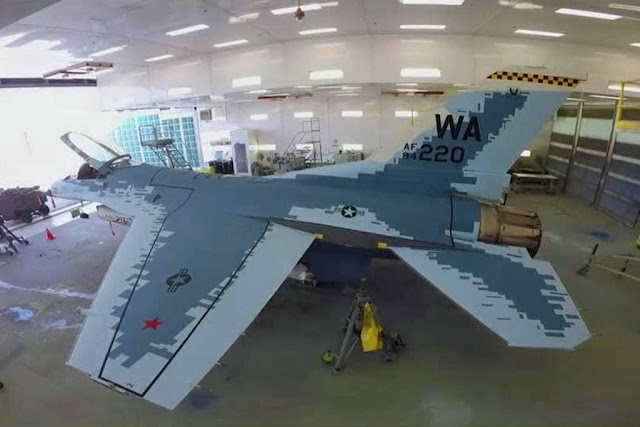 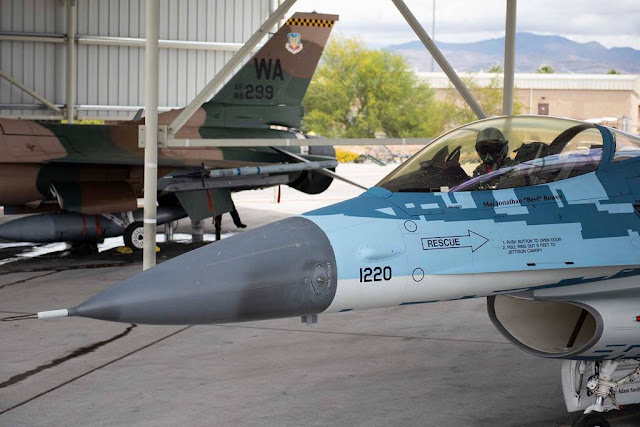 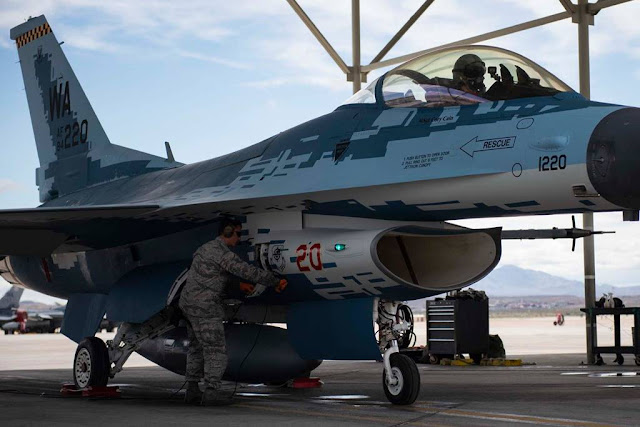 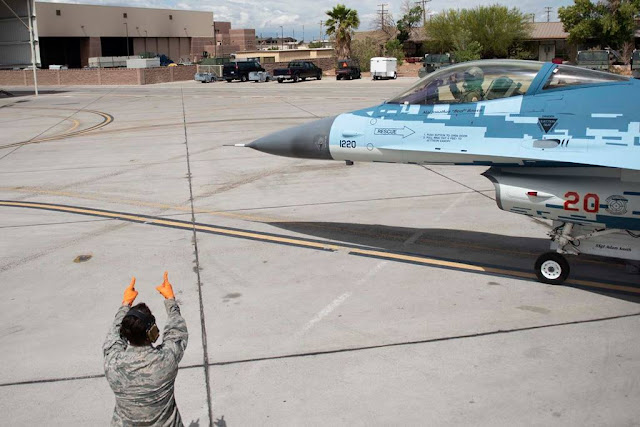 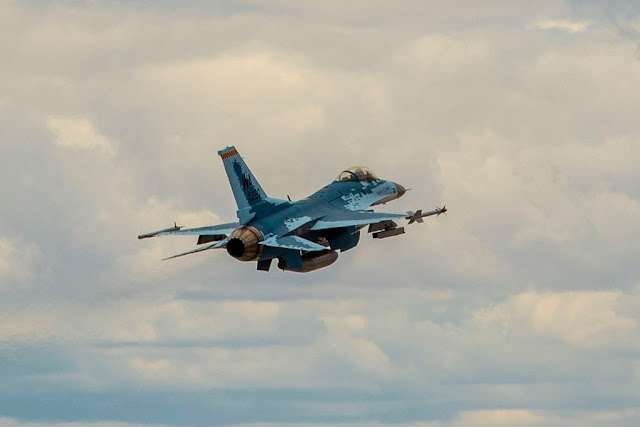