On October 15, 2018, the second F-35B (MM7452), the Short Take-Off Vertical Landing variant of the the F-35 Lightning II, flew its first sortie from Cameri Air Base, home of the Final Assembly and Check-Out (FACO) facility, in northwestern Italy. Its maiden flight was completed one year later than the first aircraft which took to the sky for the first time on October 24, 2017.

Currently it is not clear which Italian armed force will receive the BL-2 because it flew without any markings. The first F-35B was delivered to the Italian Navy in January 2018 and immediately crossed the Ocean to complete electromagnetic tests and train Italian pilots in the United States. According to previous statements by Lockheed Martin, the delivery of the BL-2 to the Italian Defense was initially scheduled for November 2018, but the official handover has yet to take place. Considering the same schedule as the BL-1, probably the second F-35B will be delivered by January 2019. Before flying overseas, the aircraft must complete the flight refueling tests that will allow it to reach the NAS Patuxent River, Maryland, without having to make several stops-overs. 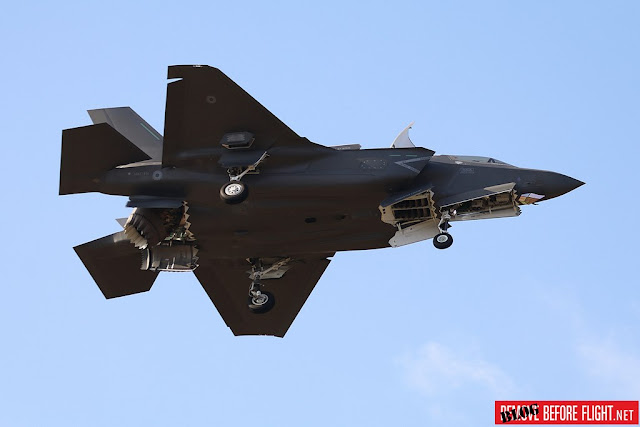 The Italian FACO has the only F-35B production capability outside the United States. It will assemble 60 F-35As and 30 F-35Bs for the Italian armed forces and the F-35As for the Royal Netherlands Air Force. The Italian defense received 10 F-35As and 1 F-35B to date. In addition to the second F-35B, the eleventh F-35A is currently conducting tests at Cameri.