The purpose of this deployment, “Raptor Redeploy,” is to train and conduct engagements with NATO allies and partners and to show a 5th-generation fighter presence in Europe. While at RAF Lakenheath, the F-22 squadron will conduct Dissimilar Air Combat Training with aircraft from the 48th Fighter Wing, U.S. Navy and NATO allies.

October 5 marked a busy and memorable  #fighterfriday for RAF Lakenheath. During the day the British air base hosted some special guests from Strike Fighter Squadron (VFA-11), deployed from the Nimitz-class aircraft carrier USS Harry S. Truman (CVN 75), as well as members of the 1st Fighter Wing.

The last deployment of the Raptos in Europe was completed less than a month ago. On August 8, a squadron of 12 F-22 fighter jets from the 95th Fighter Squadron at Tyndall AFB, Fla., arrived at the Spangdahlem AB, Germany, to conduct a 4-week training with Allies and deter regional aggression.

Raptor european deployments are funded in part by the European Deterrence Initiative. 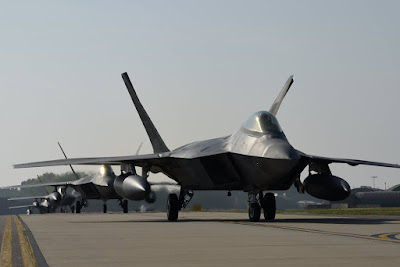 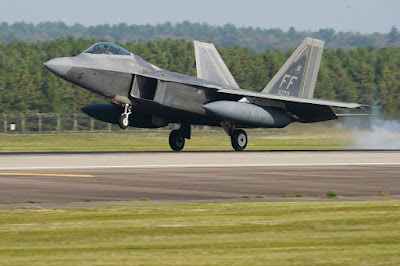 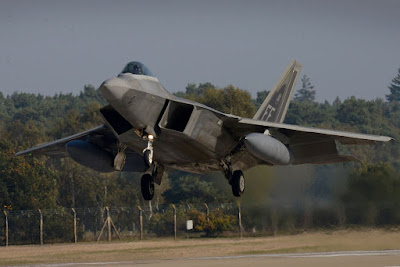 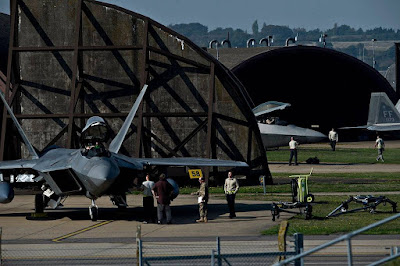