The operation was included in a joint training between Spanish Air Force and U.S. Air Force fighter jets. 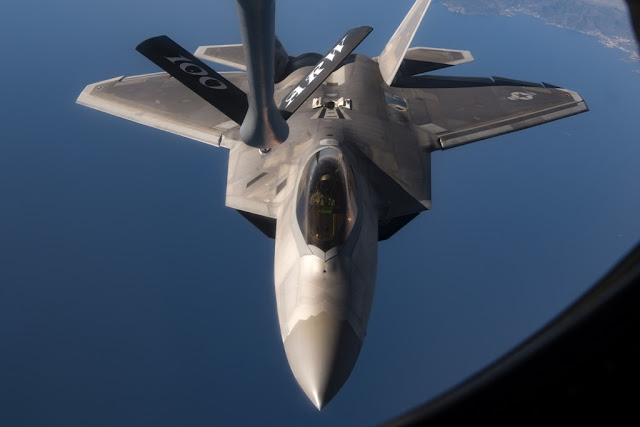 “It was very good training,” said Capt. Antonio Juarez, 142nd Squadron Spanish Eurofighter Typhoon pilot. “It was the first time we trained with this platform, and it’s good for us to fly with different squadrons and aircraft to see the movements in the air.”

The exercise also involved an F-18 Hornet from Ala 14, it took off from Torrejoin AB to intercept and face a Raptor.


Following training, the aircraft landed at Los Llanos Air Base where the pilots from both aircraft spoke to media about the training. Afterwards, Spanish air force pilots and military personnel from NATO allied nations attended a brief held by the U.S. Air Force on the capabilities of the F-22. 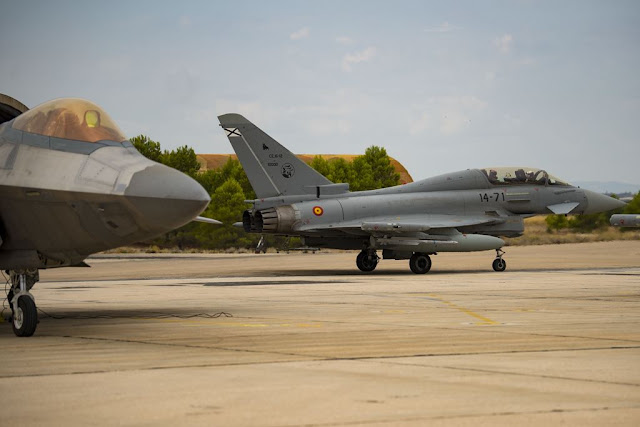 “In the briefing, we went over what the Raptor can do, why we have the Raptor, and what support it can provide to our NATO partners in the fight,” said U.S. Air Force Maj. Michael Frye, 301st Fighter Squadronan F-22 pilot,and 95th Fighter Squadron weapons officer.

The U.S. has a longstanding relationship with Spain, working closely together on a range of global challenges, that include promoting international peace, security and economic prosperity.

“It would be great to repeat this training again in the future,” Juarez said. “We both have interesting platforms and I look forward to an even more challenging scenario.” 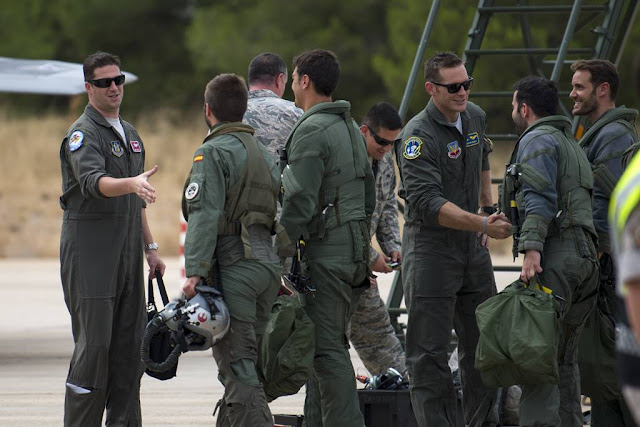 The USAF F-22 Raptors are currently deployed at Spangdahlem Air Base, Germany, and they are conducting missions within NATO member nations to maximize training opportunities, strengthen alliances and deter regional aggression.