The fighter jets, currently based in Estonia and Poland, to take part in the main military exercises such as BALTOPS and Saber Strike.

Ten F-16 Fighting Falcon aircraft assigned to the Colorado Air National Guard arrived in Estonia on June 1, 2018. The F-16s are deployed from the 140th Wing and will take part in various exercises in Europe as part of the U.S. Air forces in Europe's forward operating missions.

In addition, USAF has sent to Poland approximately 300 Airmen and 18 F-16s assigned to the 52nd Fighter Wing, Spandahlem Air Base, Germany, to partecipate in a bilateral training with the Polish Air Force during Aviation Rotation 18.3, and off-station training/flying training deployment, in support of Operation Atlantic Resolve at Krzesiny Poland, from approximately June 1-20, 2018. 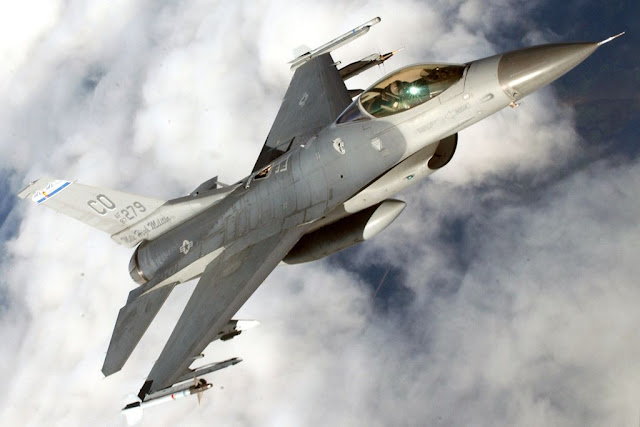 Saber Strike 18 is one of the exercises the F-16s belonging to both deployments will support. The Saber Strike 18 is designed to promote interoperability with allies and regional partners and improve the joint, combined operational capability in a variety of missions.