The Detatchment will work with U.S. allies to develop and improve ready air forces capable of maintaining regional stability.

Members from the 7th Bomb Wing and 345th Bomb Squadron deployed together as the 345th Expeditionary Bomb Squadron in support of NATO cross-servicing exercises. These exercises regularly include combined theater security engagements with allies and partners, demonstrating the U.S. capability to command, control and conduct bomber missions across the globe.

The 345th EBS will be flying, maintaining and supporting the B-1Bs while deployed in Europe, enabling aircrew and Airmen to become familiar with other theaters and airspace.

“Everything we do is going to be seen, and going to have a large strategic impact,” said Lt. Col. Jesse Hamilton, 345th EBS commander. “We are going to work with our partners and prove that we can get the job done at a moment’s notice.” 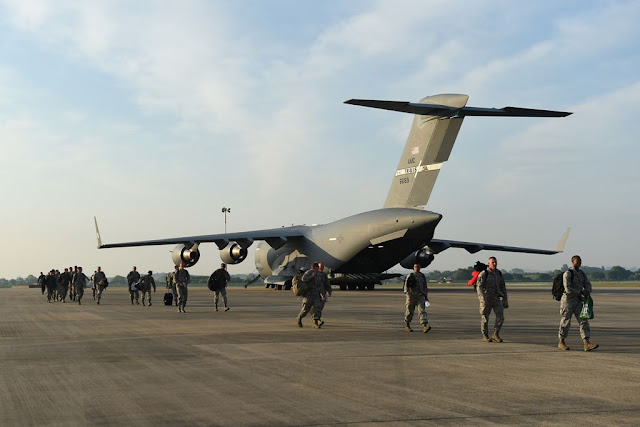 The theater integration and flying training helps exercise RAF Fairford as U.S. Air Forces in Europe’s forward operating location for bombers, which is stood up and established as the operating base of the bomber team for the duration of the deployment.

While the yearly rotations are typically supported by active-duty personnel, the 345th EBS is an Air Force Reserve unit that is familiar with continuous bomber presence missions in relation to working with NATO partners and allies.

“The ability to work as a reserve unit with a mainly active-duty crew, is a unique situation because it perfectly exemplifies a Total Force integrated unit,” said Hamilton. “The only difference between the reserves and active-duty members at Dyess is just the patches we wear.”

This deployment will also include joint and allied training, demonstrating the Air Force’s contributions to ready and postured forces, and enabling the U.S. to build enduring and strategic relationships necessary to confront a broad range of global challenges.

“The greatest opportunity we have out here is to be under one flag, and one roof,” said Hamilton. “No matter what we do at home, we are all a part of the same team out here.”