The aircraft will make its first public appearance during RIAT 18.


A new Remotely Piloted Air System (RPAS) ordered for the RAF will fly non-stop from the United States to RAF Fairford on July 11.

The UK is the lead customer for the next-generation aircraft which will be known as the Protector RG Mk.1 when it enters service in the early 2020’s. Operated at all times by a fully qualified pilot, Protector is the World’s first RPAS to be designed, built and certified against stringent NATO and UK Safety Certification standards equivalent to manned aircraft.

The flight from North Dakota to Gloucestershire is likely to take over 20 hours and will be the first across the Atlantic by a Medium Altitude RPAS and the first time one has entered UK airspace under beyond-line-of-sight communication control. 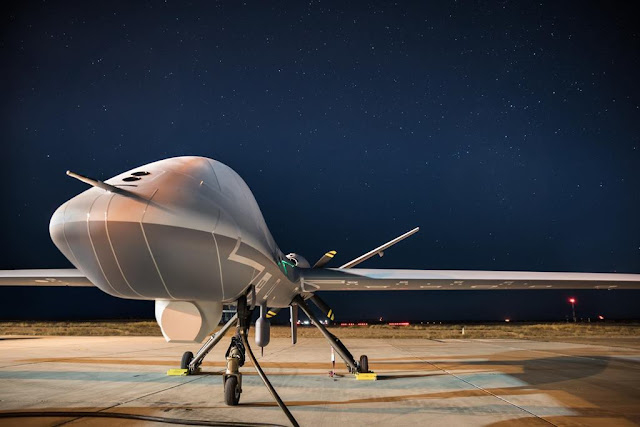 Protector is capable of supporting an array of homeland defence tasks, including Military Aid to Civil Authorities – for example search and rescue, disaster monitoring or flood prevention activities.

The aircraft will be placed on static display at the Royal International Air Tattoo, demonstrating a key component of the future of next generation RAF Air Power and UK leadership in this field.