USAF RAPTORS INTERCEPT RUSSIAN BOMBERS OFF THE COAST OF ALASKA


Two Russian Tu-95 "Bear" bombers were intercepted by USAF F-22 stealth fighters in international airspace off the coast of Alaska on May 11, according to North American Aerospace Defense Command (NORAD). 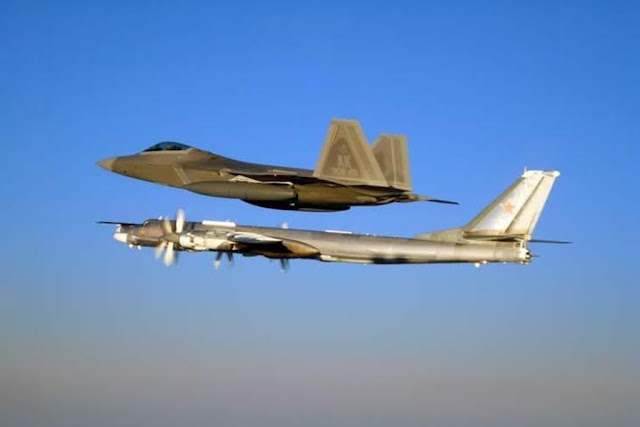 The Russian aircraft were "intercepted and monitored by the F-22s until the bombers left the ADIZ along the Aleutian Island chain heading west," and never entered US airspace, according to the statement.

A very similar interception had already taken place about a year ago.