According to Deputy Defense Minister Yuri Borisov, Russia has completed the first stage of tests on the Su-57 and the nation is ready to sign a contract for a pilot batch of 12 aircraft within this year.

Borisov clarified that the first two planes from this batch may enter service with the Armed Forces in 2019. He said that in addition to the first 2 prototypes already delivered, another 10 Su-27s have already been produced and they are currently under flight tests.

Regarding the new fifth-gen engines, the Minister said that it's hard to say because just a flight test was done. "Everything seems normal, but as you might imagine, this is a whole range of trials. Many test flights must be carried out. As a rule, such testing requires two-three years", he said. 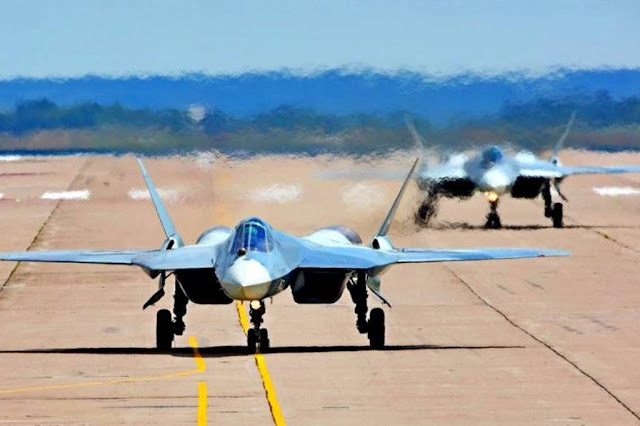 Developed by Russian aircraft manufacturer Sukhoi, the Su-57 is designed for air superiority and attack roles, it is fitted with a revolutionary avionics system capable of autonomous calculations of the battlefield situation to assist the pilot.

The stealthy fighter is also equipped with airborne active phased array radar, which allows it to identify air, ground and naval targets at distances far beyond most modern systems, and to strike the enemy with a variety of modern weapons, including short, medium and long-range air-to-air, air-to-ground, and special anti-radar missiles. Built from composite materials, the supermaneuverable plane includes an in-flight refueling system.