EUROFIGHTER ALONG THE HIGHWAY

The fighter jet was damaged in June 2014 during a collision with a civilian aircraft.


In December 2015, an Eurofighter Typhoon was transported on board a truck along the highway between Berlin and Munich (A 9).

The German Air Force fighter jet was directed to the Airbus plant in Bavaria Manching to be repaired and brought back under flight conditions. 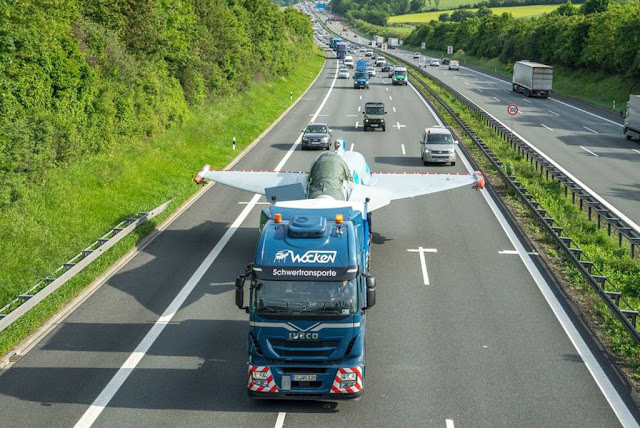 The aircraft was severely damaged during a June 2014 accident in which it had collided with a Learjet civil aircraft. After that, the plane was stored over a year at a German Air Force Base until the end of the accident investigation.