Over 40 years of career for an excellent SAR helicopter.


On April 28 at 11.55 am Jason 10 landed in Cuatro Vientos Air Base (Madrid), it is the call sign of the last operating flight of the Spanish Puma helicopter. The aircraft belongs to the 801 SAR Squadron based at Ala 49 in Palma de Mallorca. The first flight of the helicopter in the Spanish Air Force took place in 1974.

Initially, Puma belonged to the 402 Squadron in Cuatro Ventos Air Base with the primary role of VIP transport and the secondary role of SAR. Subsequently, in 1994, it was assigned to the 801 SAR Squadron where it has remained until today. 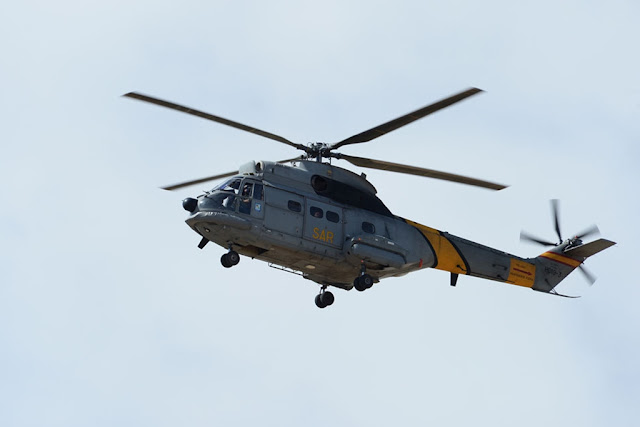 The Aerospatiales SA.330-Puma (HD-19) helicopter, created by Sud-Aviation in the mid-1960s to replace the Sikorsky H-34, can carry 16 soldiers equipped and can withstand light weapons bullets. Over 40 years of service in the Spanish Air Force has exceeded 30,000 flight hours.