On May 5th 2017 the Hellenic Air Force suspended operations of the 348 Tactical Reconnaissance Squadron (TRS), call sign “Eyes”, in an official ceremony hosted at the 110th Combat Wing at Larisa Air Base.


Hand in hand with the squadron (SQN) suspension, the last RF-4E Phantoms II of the HAF were retired under the slogan “The end of film”. The last RECCE Phantoms of HAF, also known under the nickname “Rhinos”, are out of service now.

The ceremony was attended by high representatives of the Hellenic Air Force, Hellenic Armed and Security Forces, public figures, former and present squadron members and their families, the public and several hundred spotters.

Further, the ceremony was supplemented by a flying display containing a formation of the last three RECCE Phantoms partly with special paint schemes, a F-16D Fighting Falcon of 337SQN “Ghost” wearing the Aegean Ghost camouflage and a Mirage 2000-5 with the 25th anniversary special tail livery from 332 SQN. Moreover, the F-16 demo team “Zeus” and the T-5A Demo Team “Daedalus” attended the flying display and supported with a spectacular show. The static display contained a RF-84F Thunderflash and a F-16, which was joined by a Phantom in the last part of the ceremony of the retirement. 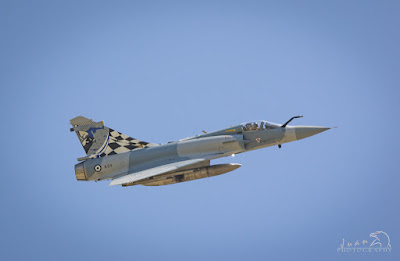 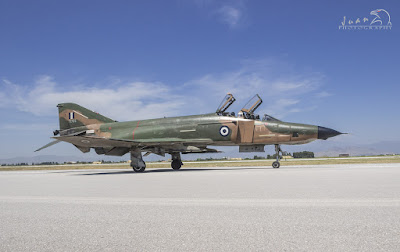 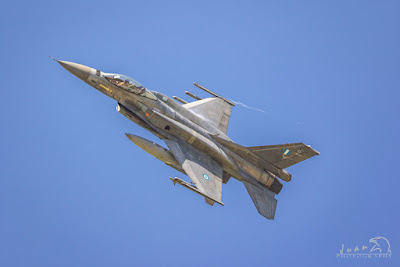 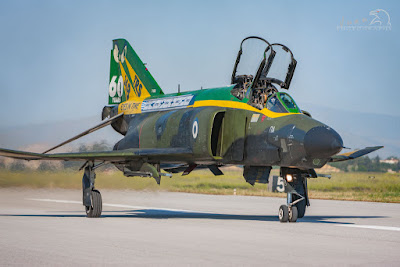 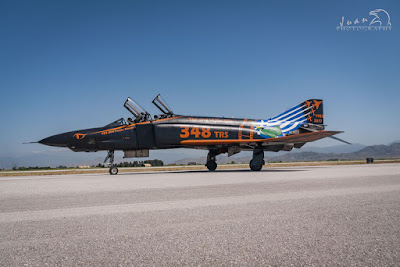 The day before, on the 4th May 2017, the 348th Squadron hosted a spotterday for more than 500 “Phantom Phanatics” from all over the world, giving access to observe operations of the RF-4E and the F-16 on Larisa Air Base. Besides a formation of the remaining Phantoms, the F-16 and a Mirage 2000, two Belgian F-16s visited Larisa to honor 348 SQN. 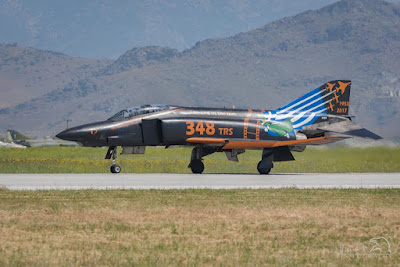 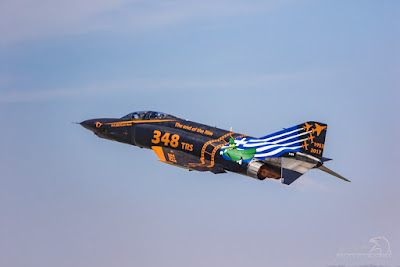 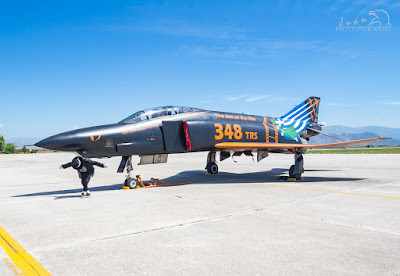 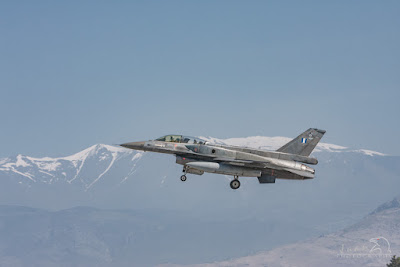 The RF-4E is a derivative of the F-4E and served the purpose of reconnaissance before and after air strikes, capable to carry four different camera types like the LOROP KS-127A taking pictures out of a height up to 35,000 ft. Alternatively the RF-4 was capable to carry an infrared system for day and also night missions. Out of the last three Phantoms two were wearing a special paint scheme containing markings of the squadron history, aircraft types and logos of Spook. The other RF-4E was wearing the “Vietnam” paint scheme.

348 Tactical Reconnaissance Squadron (TRS) was formed in July 1954 as part of 110 Combat Wing in Larisa with RT-33A, a derivative of the T-33 Shooting Star of Lockheed. Later the T-33 were replaced by RF-84F Thunderflash. In 1978 the first RF-4E Phantom II joined the squadron and replaced the RF-84F in 1991. As there were only a few RF-4 available to the squadron, more aircraft were added from August 1993 from the German Luftwaffe. The logo of the Squadron was the all-seeing head. Until the retirement last week the Phantom II fleet at 238 SQN served for around 98.000 flight hours, whereas the squadron made 181.000 flight hours since 1953 on all aircraft types.

Despite the retirement of the RF-4E, the HAF still operates F-4 Phantom II, which hopefully are still able to rule the skies for a few more years.

On this occation, I would give thanks for this very special spotterday and ceremony to the organizers and the staff of the HAF and all other people involved! A well-organized event and the last chance to honor the RF-4E.