A-10 WEST HERITAGE FLIGHT TEAM RETURNS TO THE SKIES

After its appearance at Los Angeles County Air Show, the A-10 WHFT is scheduled to perform in 9 more air shows throughout the U.S. this year. It was inactive for five years.


The A-10 West Heritage Flight Team performed at its first air show after nearly five years of inactivation March 25-26.

The demo team out of Davis-Monthan Air Force Base, Ariz., kicked off its resurgence at the Los Angeles County Air Show in Lancaster, California, by flying in formation with the World War II-era P-38 Lightning. 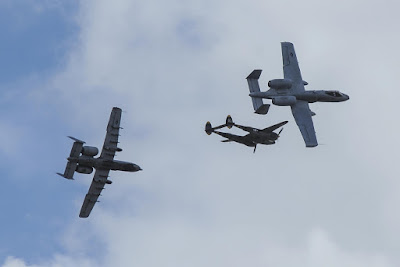 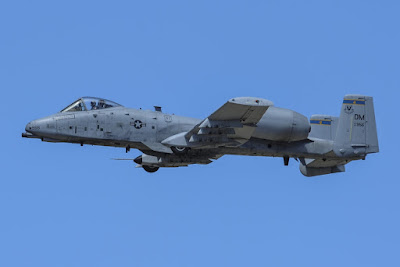 “The A-10 belongs right there with the war birds, as it is legendary itself,” said Master Sgt. Mark Aube, A-10 WHFT maintenance superintendent. “While talking with the air show guests, I found that everyone was eager to see the tank buster in action.”

In addition to its two A-10C Thunderbolt IIs, the team is complete with three pilots, two crew chiefs, an avionics technician, engines technician, and an aircraft electrical and environmental specialist. 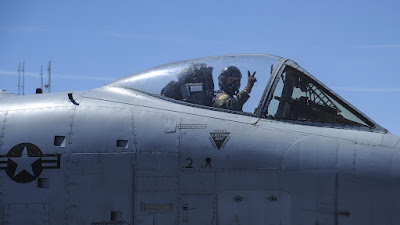 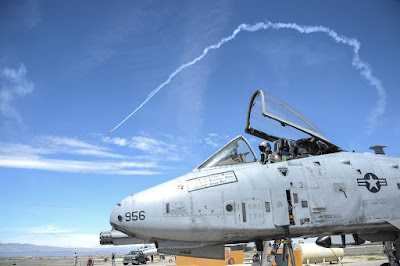 The A-10 WHFT is scheduled to perform in 9 more air shows throughout the U.S. this year.

“It’s great to have the A-10 back on the air show circuit as a part of the Heritage Flight,” said Maj. Daniel Levy, 357th Fighter Squadron and A-10 WHFT pilot. “The Warthog has flown close air support for American and allied forces almost every day for the past 15 years. It’s the perfect mix of old and new.”