Approximately 2,700 service members will spend the next two and a half weeks building international partnerships and increasing interoperability on the ground and in the air.

“This is an opportunity for us to fly and fight together – to get better at our craft,” said Col. Scott Hurrelbrink, 36th Wing vice commander. “Cope North enables us to work together, to train with different tactics, and to learn how other nations fight wars.” 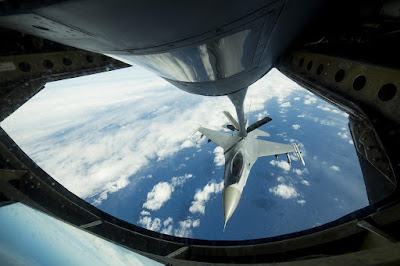 In a region where more than a thousand languages are spoken, simply talking with one another is a key benefit to bringing the three Pacific nations together.

“I’m excited to develop my communication skills in English,” said JASDF Captain Tatsuya Takahashi, a Mitsubishi F-2 pilot assigned to the 8th Fighter Squadron at Tsuiki Air Base. “The language we use in flight with Japanese controllers is English, but it’s a Japanese-English. Here we have to use proper English which is very challenging but rewarding.”

“Working together allows us to share and combine tactics to make our own better,” Takahashi said. “We’re also able to gain experience working with the other countries, increasing our overall interoperability.”

This year, the RAAF is bringing their largest force to ever participate in a Cope North. Their capabilities being exercised include a combat support element and aeromedical evacuation team.

“Cope North gives us the opportunity to validate the effectiveness of our training in a complex and demanding air combat scenario,” said RAAF Group Captain Tim Alsop, director of RAAF Cope North forces. “This is the sixth time Australia has participated in the exercise and every year we gain a further appreciation of how our equipment, aircraft and personnel operate together in this environment.” 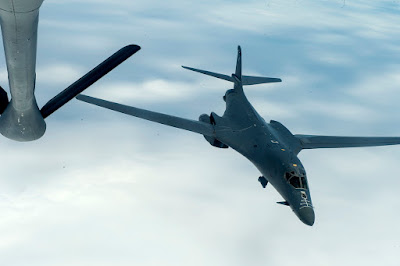 In addition to the RAAF’s increased presence, the USMC returns to participate after a 14 year absence and the B-1B Lancer is scheduled to make its debut in this premier Pacific Air Forces-led exercise.