The USAF 33rd Fighter Wing loaded and shot the first air-to-air missiles from an operational F-35A during a weapons system evaluation at Tyndall Air Force Base.

The AIM-120 is an all-weather, beyond visual-range air-to-air munition. It incorporates active radar with an inertial reference unit and microcomputer system making the missile less dependent upon the fire-control system of the aircraft. Once the missile closes on a target, its active radar guides it to intercept. This allows the pilot to aim and fire several missiles simultaneously at multiple targets. 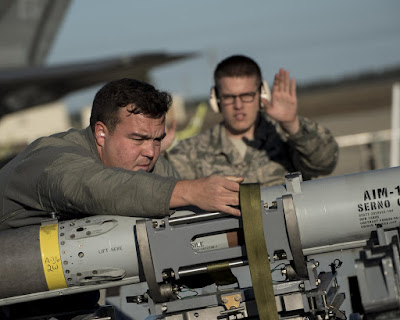 The USAF 83rd Fighter Weapons Squadron’s Weapons System Evaluation Program (WSEP) was on site at Eglin Air Force Base as the missiles were loading onto the aircraft. Additionally, they oversaw the flight in its entirety; from communication between the aircraft and weapons system to the munition acquiring its target.

“They test maintenance and operations procedures to create real-world data points,” said Maj. Brian Burgoon, 58th Weapons Squadron weapons officer. “From there they use the information that they capture to ensure the weapons are performing as they are expected to.”

In addition to its GAU-22 25mm Gatling Gun, being able to carry air-to-air munitions at the same time as air-to-ground weapons allows the aircraft to become a dual threat if encountered by enemy aircraft.

“This jet is going to take us to 2050 and beyond. As threats evolve, we need to continually stay ahead of them,” said Capt. Stephen Del Bagno, 58 FS chief of standards and evaluation. “It’s a multi role platform and this proves how versatile the aircraft can be. We can shoot missiles, we can drop bombs, so we can take the fight to the enemy.”

“It is important that we have different tools available to us in the cockpit,” said Maj. Mark Schnell, 33rd Operation Support Squadron chief of standards and evaluation. “Having an array of tools for the array of targets we will face is going to help us be more lethal while minimizing collateral concerns.” 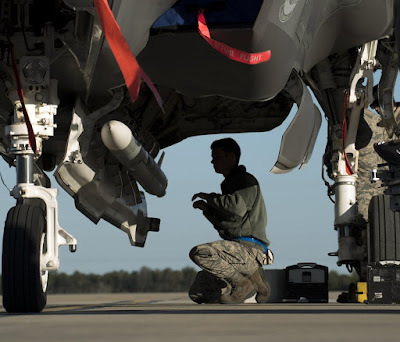 The 33 FW is currently responsible for the training of F-35A pilots. The knowledge gained through this experience will be shared throughout the enterprise to sharpen the tactics of other F-35 squadrons.

“The more repetitions we get, the better we are as instructor pilots, which allows us to pass the information on to future student instructors,” Del Bagno said. “We funnel all that data to Test and Evaluations, and our operations sections so when they take the jet to combat, we can apply the lessons we learned here.”