Key to USAF future training is the T-X fighter jet, which is expected to provide many new capabilities currently unavailable to the modern undergraduate pilot trainee. 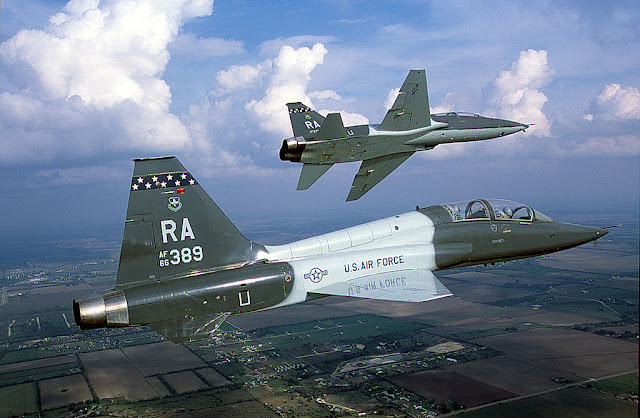 Each year, U.S. Air Force and allied students complete pilot training under the banner of 19th Air Force. On Oct. 28, the numbered air force commander spoke to an audience of 120 military and industry members on future training mission requirements and what tomorrow’s pilot can expect.

“Airpower for the Air Force really starts here,” said Maj. Gen. James Hecker, 19th Air Force commander and keynote speaker for the industry-military event organized by Military Flight Training USA. “We are looking at what flight training is going to look like 30 years from now.”
Key to that future training is the T-X, which is expected to provide many new capabilities currently unavailable to the modern undergraduate pilot trainee.

Hecker explained new aircraft will better prepare pilots for high-speed maneuvers, and be able to comprehend data reflecting the aircraft’s operations, making it a more reliable training platform for next-generation aircraft. With better aircraft availability, combined with flight simulators employing the most advanced technology, the new flight training plans will be better tailored to the future mission requirements of the pilot trainees.

Hecker also said the simulators of today allow not only for comparative quality training to the actual airframe itself, but for formation flying and night-time flying, both of which are challenges in current T-38 training. All of these benefits are for a fraction of the cost and time. The potential of live virtual constructive training is beneficial for both the pilot and the pocketbook, he said.

“Virtual training can reduce the number of actual sorties required to one-sixth of current training capability,” he said. “Pilots can focus on executing tactics, not sensor management, while trainers can be more observant to details and playback virtual training sessions.”

Hecker said increasing the efficiency of training the pilot at the controls would also allow for more time to develop the officer in the uniform, including the Air Force’s RPA pilots. He stated the establishment of the 18X career code – unique to officers designated as RPA pilots – has allowed for greater force development and established career paths that will become more evident in forthcoming months.
“An 18X commander will be coming soon,” he added. “We are already seeing more deliberate career choices and our attrition rates have declined sharply.”

The T-X program has been established to enable the United States Air Force to buy a new jet trainer to replace the Northrop T-38 Talon; the average age of the T-38 fleet is over 43 years. About 350 aircraft are expected to be ordered to replace the T-38, but the number could be increase to over 1,000. Three competitors are expected to submit existing aircraft: Raytheon/Leonardo-Finmeccanica with the T-100, an evolution of M-346 Master, Korea Aerospace Industries/Lockheed Martin with the T-50A and Boeing with the new T-X trainer jet. Next year USAF will make the choice and the entry into service is expected around 2023.
T-X Program