The Intrepid Sea, Air and Space Museum was founded in 1982 with the acquisition of the aircraft carrier USS Intrepid, now a National Historic Landmark. It is located at Pier 86 at 46th Street in the Hell's Kitchen neighborhood on the West Side of Manhattan.

Launched in 1943, the former aircraft carrier USS Intrepid fought in World War II, surviving five kamikaze attacks and one torpedo strike. The ship later served in the Cold War and the Vietnam War. Intrepid also served as a NASA recovery vessel in the 1960s. It was decommissioned in 1974.
The Intrepid Sea, Air and Space Museum has one of the most varied aircraft collections on the East Coast. All five of the U.S. armed forces are represented through these displays: The Army, Marine Corps, Navy, Air Force and Coast Guard. A number of international aircraft are also presented. From the Avenger torpedo bomber, a stalwart from Intrepid’s World War II service, to the A-12 Blackbird, the spy plane from the Cold War, the collection reflects some of the greatest achievements in military aviation. 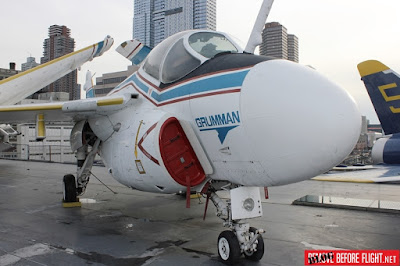 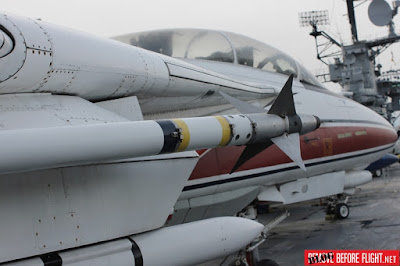 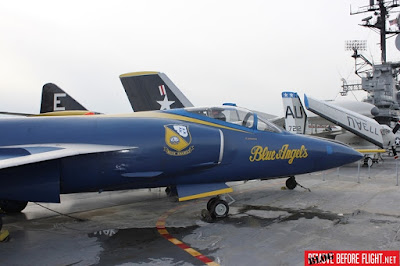 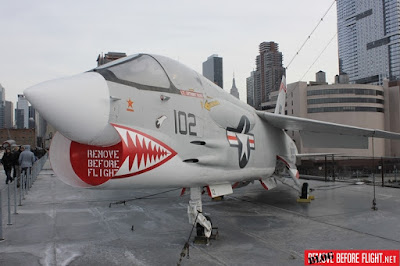 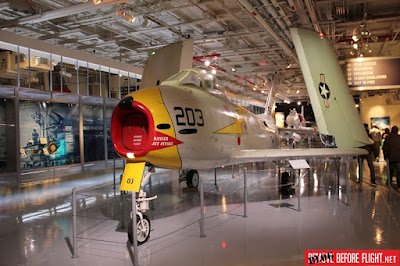 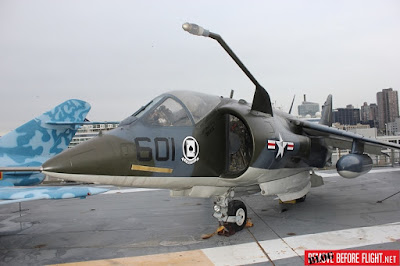 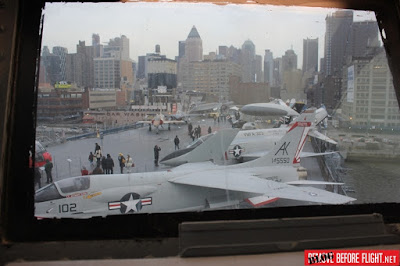 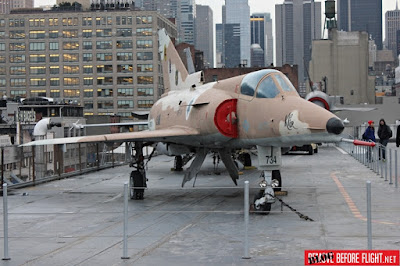 On the pier next to Intrepid there is another piece of aviation history, the British Aerospace/Aerospatiale Concorde. Part of the Museum’s collection since its retirement in 2003, the Concorde, “Alpha Delta,” is the very airplane that set a world’s speed record for passenger airliners on February 7, 1996, when it flew from New York to London in 2 hours, 52 minutes and 59 seconds. 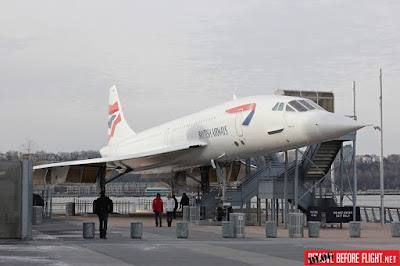 In 2012, the Intrepid Museum successfully transported Enterprise to its new home in a series of carefully orchestrated movements. The journey started in April when Enterprise was flown from Washington, DC to JFK Airport atop a specially outfitted 747 NASA Shuttle Carrier Aircraft (SCA). Next up, the orbiter was carefully craned onto a barge for a multi-day trip from JFK to New Jersey and then up the Hudson River—passing the Statue of Liberty and the Freedom Tower—to the Intrepid Museum. On July 19, the Space Shuttle Pavilion, featuring Enterprise, opened to the public with a five day public event featuring astronaut appearances, NASA displays, a concert and special movie screening. Unfortunately during our visit the pavilion was closed.

We recommend everyone to visit the Intrepid Sea, Air and Space Museum, a great chance to discover a piece of history of aviation, hard to find similar opportunities in other parts of the world.