End of an era - Final flight for the USAF QF-4 Phantom at Holloman Air Force Base.

Dec.21, 2016 - Along the runway of Holloman Air Force Base the QF-4 Phantom took off for last time. After 53 dedicated years of superior service, the final flight of the Phantom II would be done right.

“This has been a humbling experience,” said King, the Det. 1, 82nd Aerial Target Squadron commander. “There is no way to truly understand what this aircraft has done without talking to the people who lived it.” 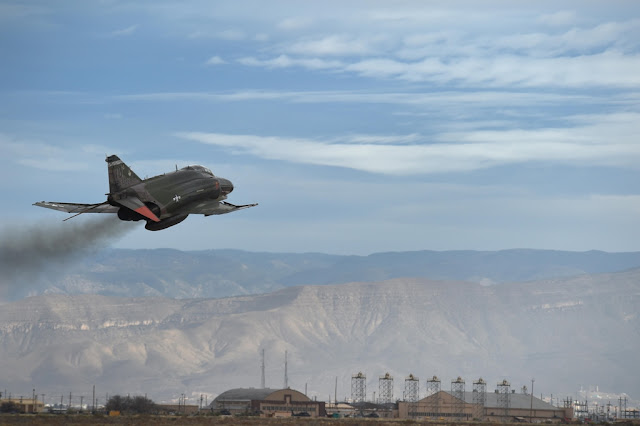 The F-4 Phantom II entered military service to the Air Force in 1963. In the early years, it served as the primary fighter-bomber of the Air Force until aircraft production ended in 1979.

On top of its outstanding combat record, the Phantom was also optimized to fly more specialized missions. The RF-4 was a reconnaissance aircraft built for speed, while the F-4 "Wild Weasel" terrorized enemy anti-aircraft missile installations.

The Phantom also become a beloved icon of air superiority beyond its combat service to America. It set 15 world records, including aircraft speed – 1,606 miles per hour – and absolute altitude – 98,557 feet. It is also the only aircraft to be flown by both the U.S. Air Force Thunderbirds and the U.S. Navy Blue Angels.

It earned beloved nicknames such as Double Ugly, Old Smokey and the Rhino, which made many aircraft fans love it all the more.

“What can I say about the F-4?” said Clint Richards, a civilian F-4 aircraft fan who shared the final flight ceremony with his 3-year-old son, Isaac. “The Phantom was the first model airplane I had as a kid. Just hearing the sound of this aircraft is awesome. It is the sound of freedom.”

Despite the tremendous love many share of this aircraft, its operational capability ended in 1997.

But the Phantom continued to serve.

The aircraft was re-designated the QF-4 and was assigned to the 82nd ATS, 53rd Weapons Evaluation Group, 53rd Wing. At Holloman, the QF-4 would begin the final decades-long chapter of its service to America both as manned and unmanned aerial targets. 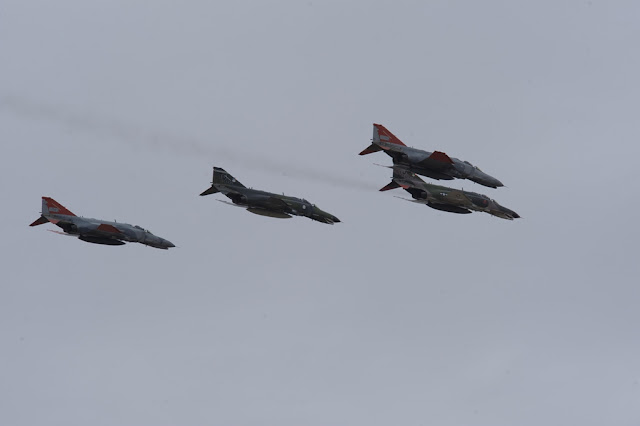 Det. 1, 82nd ATS at Holloman is the only QF-4 full-scale aerial target mission in the Department of Defense. This mission supports the QF-4 anytime, anywhere at Holloman and White Sands Missile Range N.M. from pilot training to testing the Army's Patriot Missile System. The squadron manages all contract operations of the QF-4 fleet to meet mission needs from Tyndall Air Force Base, Fla.

QF-4 targets helped test an array of weapons, increasing effectiveness. It also directly improved the capabilities of the 4th and 5th generation fighters.

Over its many years at Holloman, the QF-4 flew 145 unmanned missions and 70 aircraft were destroyed in service. It flew its last unmanned mission in August 2016 and will be replaced by the QF-16 in 2017.

“I’ve learned a lot on this journey,” said King, the only active duty F-4 pilot in the Air Force. “This is not an aircraft; this is a family. With that, I would leave you with this – Phantom forever.”