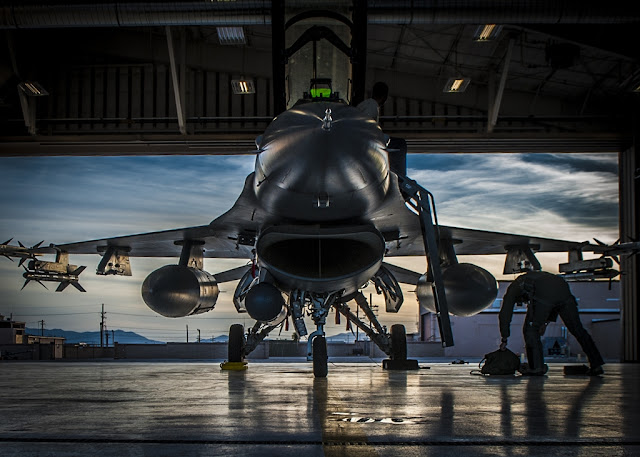 Holloman was selected as the preferred location because site survey analysis concluded it has the capacity and existing command structure to begin producing pilots faster than other proposed locations. Kelly Field, Texas, will also be analyzed as a reasonable alternative.
The two training squadrons will allow the service to increase fighter pilot production as part of an effort to address a critical fighter pilot shortage. As the U.S. Air Force increases undergraduate pilot training, corresponding increases need to be made to flying training units. These new FTUs will be used to absorb new pilots for continued training.
Driven by the urgent need for additional fighter pilot production and the time it will take to establish permanent FTUs, the Air Force announced plans to stand up an interim FTU in August.
Pending a positive Environmental Impact Analysis Process for the interim action, the Air Force will relocate 45 F-16s from Hill Air Force Base, Utah, to Holloman while augmenting Holloman’s current manning with additional instructor pilots and contractor logistics support maintainers.
The F-16s are expected to arrive at Holloman AFB in the summer of 2017, after the EIAP is complete.
Holloman is expected to serve as the interim home while the U.S. Air Force continues its strategic basing process to determine the location of the enduring FTU.
As part of that effort, the U.S. Air Force continues to evaluate 34 installations to determine candidate bases for the permanent location. The installations being evaluated for the permanent location have an existing fighter mission, a runway that is greater than or equal to 8,000 feet, and are located in the continental United States.
The basing criteria for the permanent solution include mission requirements such as weather, airspace, training range availability, sufficient hanger and ramp space, facility considerations, environmental requirements, and cost factors.
The U.S. Air Force plans to identify candidate installations for the permanent location early next year and will use its EIAP to analyze reasonable alternatives.
“The Air Force is committed to a deliberate and open process to address relocating the F-16s,” said Jennifer A. Miller, Deputy Assistant Secretary of the Air Force for Installations. “As we progress through the basing process, we will share information so interested communities are aware of what to expect.”