November 10, 2016
Two F/A-18 Hornet jets collided during a training flight off the coast of San Diego, California. One jet crashed into the ocean. The other one landed safely at the airbase. 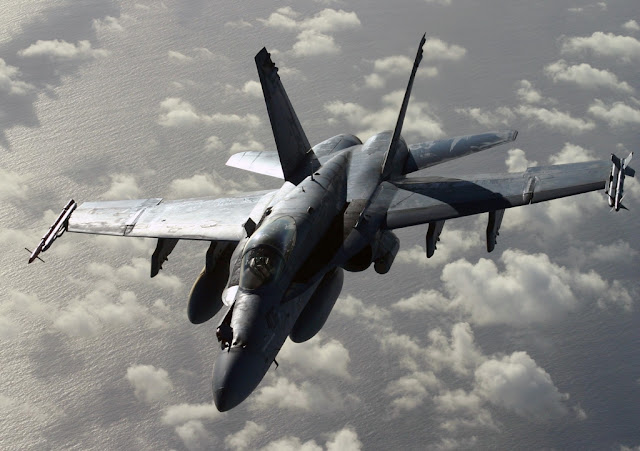 A Marine Corps pilot has been recovered by a search-and-rescue crew after ejecting when two F/A-18 Hornets collided off the coast of San Diego earlier today.
The collision took place yesterday around 11:45 a.m. local time during a training mission over waters near San Diego, California, according to a news release from 3rd Marine Aircraft Wing and Marine Corps Air Station Miramar.
One of the pilots ejected from the aircraft and send up a distress call at about 12:11 p.m., officials said. The pilot was recovered 30 minutes later by search-and-rescue assets from the aircraft carrier Carl Vinson, which is based in San Diego.
The two single-seat aircraft were attached to 3rd MAW, although the squadron has not been identified. One of the pilots was able to eject safely from the aircraft, officials said. Search and rescue assets are currently en route to recover that pilot; it's not clear how long that mission will take.
The other pilot landed without incident at nearby Naval Air Station North Island, officials said. Both pilots are in stable condition and have been taken to nearby medical facilities for evaluation, according to the release.
The incident marks the second time in 12 months that two Marine Corps aircraft have collided in flight, and the fourth recent incident involving Marine Corps Hornets.
Only two weeks ago one USMC Hornet crashed in California.