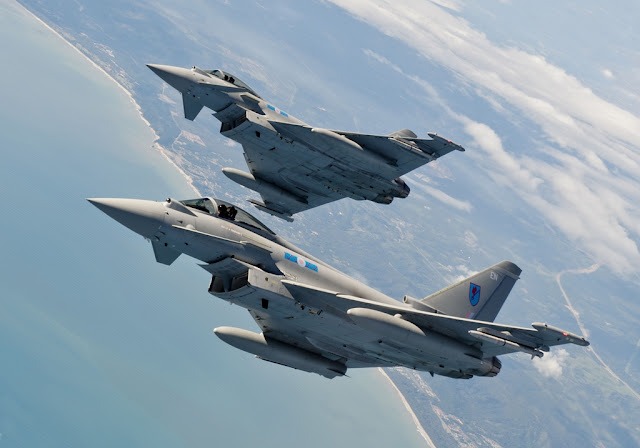 A RAF Voyager tanker aircraft from RAF Brize Norton provided air-to-air refuelling during the 3,500 mile (5,600 km) non-stop flight from Malaysia.
This marks the first bilateral exercise ever in Japan for the JASDF to host with foreign military other than the U.S. The Exercise, named “Guardian North 16”, represents an opportunity for both air forces to learn from each other and develop their skills.
In a formal arrival ceremony, Commander of JASDAF Misawa Air Base, Maj Gen Koji Imaki, greeted the RAF detachment and said: “Welcome to Japan, welcome to Guardian North. We look forward to working side by side with you in this epoch making exercise. Enjoy the long long history of Northern Japan.”
Wing Commander Roger Elliott, Officer Commanding 2(AC) Squadron and pilot of the first jet to land, said: “Thank you for such an amazing welcome here to Misawa Air Base. I’m absolutely positive that all members of my Squadron and detachment from across the Royal Air Force, will have a tremendous experience with the JASDF.
“I know that we will work together, I know that we will learn together. But most importantly I know that we will make friendships that will tie us together more closely in the future.”
The japaese air component involved in the exercise is made up of F-15 fighters from Northern Air Defense Force (Chitose) Air Base (Hokkaido), and F-2 fighters from Northern Air Defense Force, Misawa Air Base.