October 29, 2016
Swedish Gripen fighter jets have been hurtling over the skies of northern England during one of Europe’s largest military exercises. 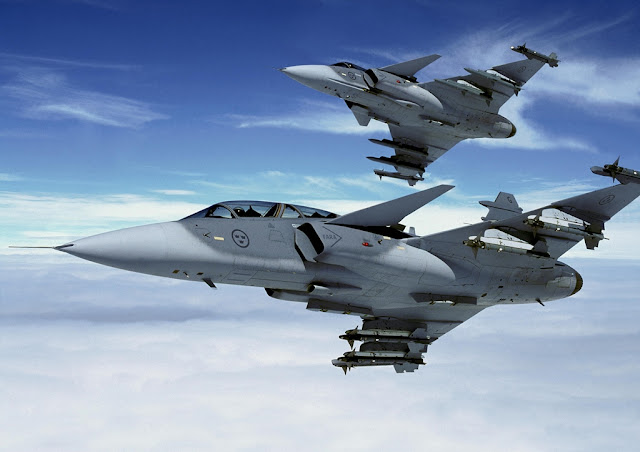 Exercise Joint Warrior is a UK-run multinational military exercise held twice a year, in the spring and autumn, taking place at various training areas throughout the UK and in particular off the coast of Scotland.
And, operating out of RAF Leeming, two squadrons of Saab Gripen fighters from the Swedish Air Force have been exercising a range of roles including intelligence surveillance and reconnaissance, air defence, air mobility and attack.
Swedish Air Force pilot Lieutenant Colonel Jörgen Axelsson said: “The airspace in Great Britain is quite different, so that has been quite a challenge, but also very good for us from a training perspective.
“It’s especially good for our younger pilots, as many of them have not been abroad before flying in international airspace, so they are learning a lot from each sortie they fly.”
He added: “We are very happy being here at Leeming. It’s a very beautiful landscape and there are lots of hills which is good for low flying. It’s also close to the exercise areas, which means our transit time is quite short, so we can focus on the training itself and not just flying back and forth to the training area.”
Joint Warrior is one of the largest tri-Service and multinational exercises of its kind in Europe, providing high quality collective training at the tactical level for all three UK armed services and numerous units from invited nations.