It is home of Search and Rescue specialists: always ready, day and night, in all weather conditions.

The 1Italian Air Force's 15th Wing is well known and acclaimed at home for its extraordinary search and rescue demos during airshows and for the many lives saved during the natural disasters that have affected the nation in past years.
When I arrived at the main gate of Cervia Air Base, Italy, home of the 15th Wing, I was warmly welcomed by the pilot Lieutenant Simone Agostinelli who accompanied me to the office of the Wing Commander, Colonel Giuseppe Massimetti.
The walls of his office were full of awards received by the 15th Wing, including the one recently received at the "HeliExpo 2016" in the United States for the recovery of people during the Norman Atlantic disaster. Everything in the room represented the glorious unity that to date has saved some 7,200 people in danger of life. The Commander told me about the key points in the history of the 15th Wing, including the new aircraft received. The fleet of the 15 ° Stormo has been completely renewed in recent years with the introduction of the HH-139A and HH-101A helicopters which replaced the HH-3F Pelican.
After the much appreciated meeting with the Commander, Agostinelli shared with me further details about the Wing.
What are the tasks of the 15th Wing?
"It is the Search and Rescue (SAR) of the military air crews in the national territory and international waters contributing to the relief efforts for the safeguarding of human life for the benefit of the national and international community also."

And in case of conflict?
"Recover the crews of military aircraft shot down or damaged and offer support to Special Operations Forces."

How to become 15th Wing pilot?
"Until a few years ago the process was the same as fighter pilots: at the end of the flight course took place the transition to helicopter. Today the specialization between fighter jet, transport plane and helicopter, takes place in the middle of the flight course." 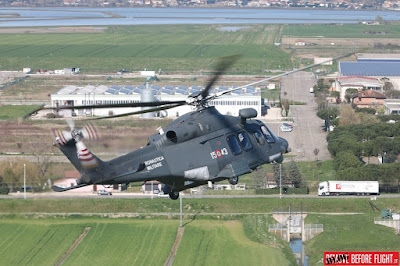 And how to become a rescue swimmer?
"By a qualification course of about 8 months that provides the theoretical and practical training through the conduct of four basic parts. The theoretical part is focused mainly on first aid, crucial to keep alive a traumatized. The rescuer must be experienced in survival in the mountainous and maritime areas."

The rescue swimmer should perform physical workouts?
"A rescuer must maintain a high physical profile for all the specialties in which he has to operate, for this reason every year he must perform a basic training in different activities such as swimming, personal defense, mountaineering, telecommunications, armament, vital support basic, underwater and many more."

What's your reaction time?
"The SAR alarm is guaranteed throughout the national territory 24/24, 365 days a year. Usually the readiness is 120 minutes, but in special cases we can be ready in 15 minutes."

The 15th Wing is equipped with the new HH-139A helicopter that replaced the old HH-3F "Pelican" retired in 2012. Which is the difference between the two aircraft?
"The HH-3F had a greater load capacity, but the advanced avionics of the HH-139 allows a better planning and management of the flight."

Have you been in some disaster recently?
"In recent years the most significant event in which the 15th Wing took part was definitely the Norman Atlantic disaster.  We saved 56 passengers operating in adverse weather conditions."
(Note: The Norman Atlantic was a ferry that suffered a severe fire while sailing the Mediterranean Sea in December 2014. On board there were 443 passengers, 56 crew members and at least six immigrants).

At the end of the interview I went to the equipment room to wear the lifejacket before boarding the HH-139A helicopter to follow an operational mission. It was divided in two phases:

1) Search and recovery a missing person on an oil plant along the coast of the Adriatic Sea. 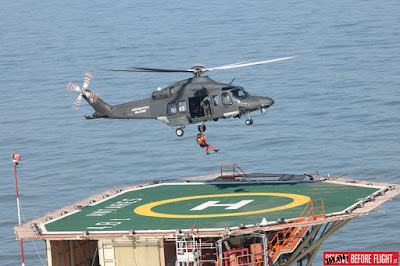 2) The same activities on the snowy mountain tops. 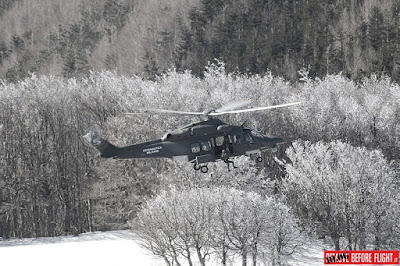 The recovery action was carried out by a rescue swimmer, he is a man ready to operate in any context to save human lives. His role is to climb a rope from the helicopter to the affected area to recover the missing or injured by restoring order and balance in case of panic.

The recovery operations took place very quickly, pilots positioned the helicopter in the simulated disaster area with great precision to allow the rescuer to operate more easily, within seconds he was on the ground ready to recover. In just an hour the missions have been completed.

Prior to entering the parking lot, the helicopters were washed to remove the salt as by procedures after a flight over the sea. 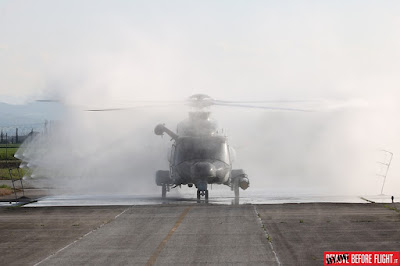 During my work alongside the personnel of the unit I appreciated the great synergy and professionalism of the whole crew, the precision of the pilots and the skills of the rescuer. These qualities are not only the result of great training, but also of a lot of passion and a sense of duty.
The same passion that I have received during the meeting with the Wing Commander Col. Massimetti: his eyes shone as he spoke of the 15th Wing and its personnel.