The QF-4 Aerial Target mission is winding down, the last manned flight is planned for Dec. 21.

The QF-4 Aerial Target mission is winding down and two of the aircraft visited Hill Air Force Base Oct. 25, so supporters of the F-4 Phantom IIs could see them one last time.

Lt. Col. Ron King and Jim Harkins, pilots from Holloman AFB, New Mexico, performed two flybys, then landed at Hill AFB, where they were greeted by Airmen and civilians.

“I felt like we had an opportunity and an obligation to get this aircraft on the road one more time because so many people have this connection with it,” King said. “It’s just been absolutely amazing for me to do this.” 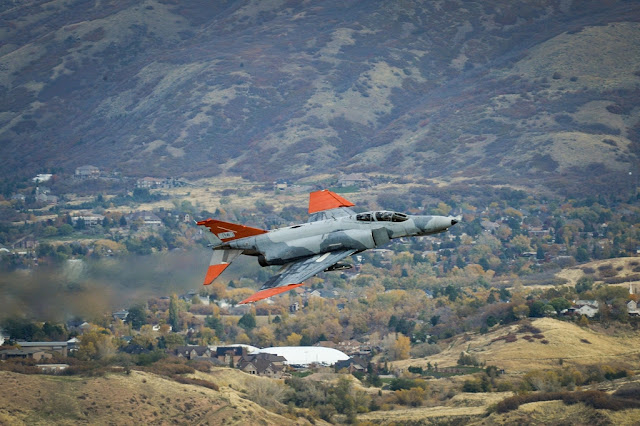 The QF-4 program, which stood up in the 1990s after the 309th Aerospace Maintenance and Regeneration Group at Davis-Monthan AFB, Arizona, began regenerating F-4s, is now in the ’sundown’ phase of its lifecycle. In May 2015, all remaining QF-4s were transferred to Holloman AFB for final operations. The last unmanned mission in a threat representative configuration was flown Aug. 17, 2016, and unmanned operations ended in September. The last manned QF-4 flight is planned for Dec. 21.

During the program’s lifecycle, it was not unusual for these ‘unmanned’ aircraft to be flown by pilots.

Johnson also noted that before becoming operational, each QF-4 had to be checked out with a human inside.

“One of the checks was to fly the aircraft with a pilot in the cockpit while it was controlled from the ground station in what’s called a ‘manned-coupled mission,’” he said. “It then became part of the local QF-4 fleet and remained in a manned configuration until it was needed for an unmanned flight to support an FSAT mission.” 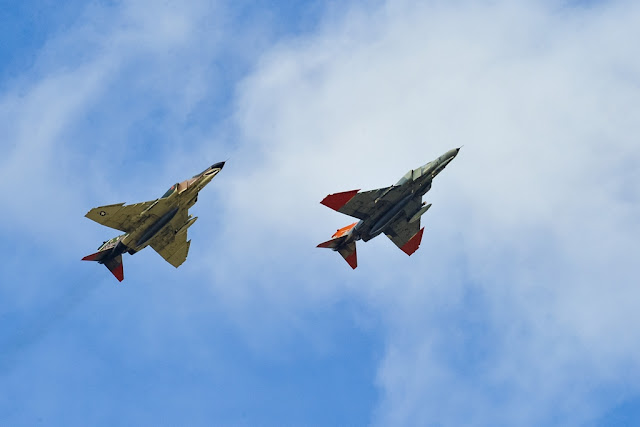 The end of the QF-4 mission does not mean the AFLCMC F/QF-4 System Program Office at Hill AFB will stand down. The office also has System Program Management responsibility for 12 other mission design series proven aircraft -- retired U.S. Air Force aircraft acquired and operated by other agencies and countries to include NASA and 44 foreign military sales customers around the world -- such as the F-4, F-5, A-37, T-37, B-57, C-47, OV-10, and O-2, to name a few.

The current fleet of QF-4s at Holloman AFB consists of 13 aircraft. At the end of the program, those still remaining will have their engines and hazardous materials removed and will be towed to the White Sands Missile Range for use as ground targets.